After a brief introduction from chair Martin Donnelly, who recapped the rationale for merging the former Open Access and Research Data Management forums into a single channel for communicating progress across Library Research Support to research support colleagues within the Schools and Colleges, Nik Hussin from the Research Information Systems team kicked off with a status report on the future upgrade schedule for the University’s Pure CRIS system, which records research outputs and underpins the University’s all-important REF submission.

Head of Library Research Support Dominic Tate began by talking about the new Research Publications Policy, which is in the process of being scrutinised and approved by various committees and other stakeholders. Dominic explained that the overall goals of the new policy are to make compliance with REF and funders’ Open Access policies easier for all concerned, and to empower researchers to make their own decisions about how and where to publish. Fiona Wright from the Scholarly Communications team then provided updates on publications Block Grants in light of Plan S. These come from Wellcome Trust, British Heart Foundation and Cancer Research UK. Dominic wrapped up with a brief REF update, noting that as much of the submission as possible will be done electronically, although some hard copies will still be required.

Moving on to Research Data Support, we heard from Pauline Ward about new features and improvements to the DataVault, including a larger maximum deposit size of ten terabytes, the refined and more streamlined review process, and the new ‘roles’ feature which enables, for example, a research administrator to access information about all of the deposits from their School.

Robin Rice gave a recap of progress on the Data Safe Haven, including its ISO27001 accreditation and an elucidation of the charges and cost recovery mechanism for using the Safe Haven. Finally, Martin Donnelly talked about the pros and cons of moving our previously face-to-face training online – in short, less interaction with attendees but higher levels of attendance and uptake – and gave a quick overview of the guidance resources produced by Research Data Service, such as the Quick Guides on topics such as data storage options, the FAIR principles for data, and much more.

We received positive feedback from the meeting, and will be organising the next one for early in 2021.

(Update: the Research Data Support slides from this meeting are now available here.)

The Research Data Support team have recently published two new Quick Guides, the latest in a series of short, user-friendly documents intended to help our research staff and students plan, manage and preserve their data effectively, safely, and for the long-term.

Quick Guide 5 takes the topic of “Open Research” – also known as Open Science, particularly in a European context. The drive towards research transparency and the removal of barriers to accessibility has gathered a great deal of momentum over recent years, to the extent that “Open by default” is an increasingly common approach. Open research enables scientific findings to be tested, reproduced and built upon far more quickly than traditional approaches allowed. The benefits of Open Research are being demonstrated in real time, right in front of our noses, as researchers at Edinburgh tackle various aspects of the Covid-19 pandemic. We recently tweeted about one such project which examined the effectiveness of face coverings in reducing the range travelled by breath, which of course helps transmit the virus. The data underpinning this research is freely available to everyone via Edinburgh DataShare.

The latest Quick Guide, the sixth in the series, addresses the ‘FAIR’ principles, which state that research data should – so far as possible, and appropriate – be Findable, Accessible, Interoperable and Reusable. These principles emphasise machine-actionability (i.e. the ability of automated computational systems to find, access, interoperate, and reuse data with minimal or no human intervention) as humans increasingly rely on computational means to discover and work with data as a result of the increase in volume, complexity, and creation speed of data.

These two new publications join our existing guidance on topics such as the basics of Research Data Management (RDM), RDM and data protection, and research data storage options at the University. Future topics planned include conducting research safely online, FAIR approaches to research software, and an overview of the systems and services available at Edinburgh in support of Open Research. If there is a particular topic you would find useful, please get in touch with us via data-support@ed.ac.uk or the IS Helpline.

All of our Quick Guides can be found at https://www.ed.ac.uk/information-services/research-support/research-data-service/guidance

Covid-19 has shaken up our world, and disrupted University life as we know it. But in terms of a silver lining, it has provided opportunities for open data / open research to prove their worth, in the search for a vaccine and other approaches to managing and treating the complications of the virus. SPARC Europe have collected a number of case studies on Open Science and the Coronavirus. If you’ve been working on Coronavirus research here at Edinburgh, we’d love to hear from you, especially if there is anything we might be able to do to help. So far we have engaged with researchers in all three Colleges studying, or hoping to study, an aspect of COVID-19; about handling sensitive data, archiving or sharing relevant data, or bidding for new research.

How has it affected us in Research Data Support?

From the researcher’s point of view, in some cases collecting and processing or analysing new data may be more difficult than it usually is, and in many cases impossible without access to lab equipment or direct contact with research subjects. So why not turn your attention to other elements of RDM, such as preparing older data for deposit, and linking it with your published research papers to fortify the scholarly record?

What can you do?

Between mid-September and mid-October, the Research Data Support team hosted an international visitor. Dr Tamar Israeli, a librarian from Western Galilee College in Israel, spent four weeks in Edinburgh to increase her experience and understanding around research data management. As part of this visit, Tamar conducted a study into our researchers’ collaborative requirements, and how well our existing tools and services meet their needs. Tamar’s PhD thesis was on the topic of file sharing, and she has recently published another study on information loss in Behaviour & Information Technology: “Losing information is like losing an arm: employee reactions to data loss” (2019). Tamar is also a representative of the Israeli colleges on the University Libraries’ Research Support Committee.

Tamar carried out a small-scale study in order to gain a better understanding of the tools that researchers use to collaborate around data, and to explore the barriers and difficulties that prevent researchers from using institutional tools and services. Six semi-structured interviews were conducted with researchers from the University of Edinburgh, representing different schools, and all of whom collaborate with other researchers on a regular basis on either small- or large-scale projects. She found that participants use many different tools, both institutional and commercial, to collaborate, share, analyse and transfer documents and data files. Decisions about which tools to use are based on data types, data size, usability, network effect and whether their collaborators are in the same institution and country. Researchers tend to use institutional tools only if they are very simple and user friendly, if there is a special requirement for this from funders or principal investigators (PIs), or if it is directly beneficial for them from a data analysis perspective; sharing beyond the immediate collaboration is only a secondary concern. Researchers are generally well aware of the need to keep their data where it will be safe and backed-up, and are not concerned about the risk of data loss. A major issue was the need for tools that answer projects’ particular needs, therefore customisability and scope for interlinking with other systems is very important. 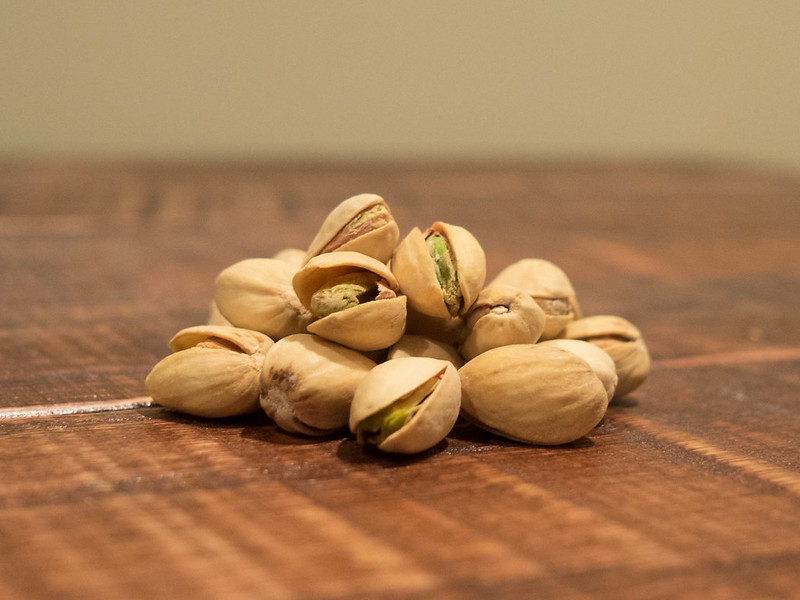 We’d like to thank Tamar for the great work she did, and for the beautiful olive oil and pistachios that she brought with her! Tamar’s findings will key into our ongoing plans for the next phase of the Research Data Service’s continual development, helping us assist researchers to share and work on their data collaboratively, within and beyond the University’s walls.