The Words and the Tunes

Back in the mists of time, in the second year of my undergraduate degree, the highlight of my week was the Gaelic poetry class with Ronnie Black.  We were working our way through songs from the sixteenth and seventeenth century, unpicking tricky bits of grammar, hunting in Dwelly’s dictionary for the best words to use in our translations, testing each word for its role in the rhymes and alliterations, discovering aspects of Gaelic history entirely unknown to us until then.  The material stretched us but it was also hugely rewarding when things finally clicked into place, sometimes through our own efforts, and sometimes with Ronnie resolving the conundrum for us with a flourish.  William J. Watson’s famous anthology Bàrdachd Ghàidhlig was our textbook, and I still recall my keen delight when I managed to acquire my own copy from ‘Wee Thins’ on Buccleuch Street for what was even then the quite acceptable sum of £4.20.

As we reached the end of each song, Ronnie would position a tape recorder so we could hear clearly and play a recording.  Every time, it felt like a reward for our efforts in making sense of a song.  Sometimes, the tune would go round and round in my head all day.  Suddenly, there was another dimension that we had not quite appreciated even as we took turns to read each stanza aloud before translating.  Not only did the tune show us the metre in greater clarity, each beat falling on a word that was then revealed to have a relationship with another one, it also spoke of the mood of the song, or of listeners of long ago joining in a chorus, or of a poet crafting words and tune into a whole that still resonated after so many years, as singer after singer learned and passed on the songs.  The recordings we listened to came from the Archives, of course. 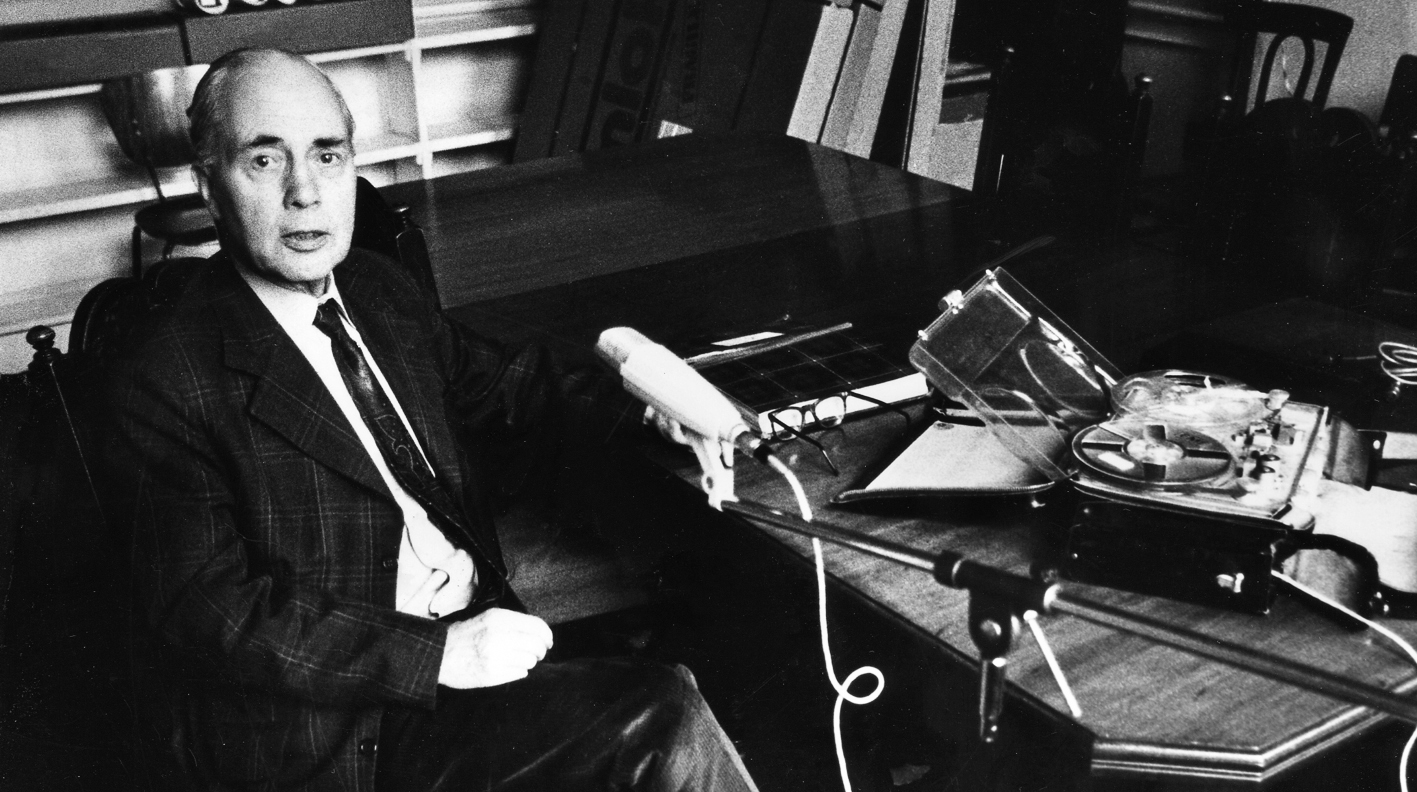 The singer was the Rev. William Matheson, singing unaccompanied and unhurried, each word clear, important, relevant, just a few stanzas from each song, to illustrate how tunes and words interacted and complemented each other.  I still have my own copy of that cassette tape, latterly transferred to a CD when technology moved on.  It seems that all the songs in Bàrdachd Ghàidhlig that Matheson, a noted scholar of Gaelic song in all its manifestations, knew or tracked down a tune for are represented there.  Nowadays, my first port of call for these songs is Tobar an Dualchais where there are many more recordings of Matheson’s singing.  There is the pleasure of revisiting the songs as I first heard them, and then there is the thrill that comes with listening to another version that Matheson recorded, sometimes a longer one, and sometimes with subtle differences in words, tune, or emphasis, just as would happen in a ‘real’ performance.  I have learned so much about these songs over the years, and I still keep learning and understanding more about the words and the tunes.

Dr Anja Gunderloch graduated with First Class Honours from this university in 1990 as the first student who took the then new degree in Scottish Ethnology and Celtic. Anja is lecturer in Celtic at the department of Celtic and Scottish Studies.

There are 750 tracks by Rev William Matheson – including material from Bàrdachd Ghàidhlig – on Tobar an Dualchais. You can listen online by following this link.

One thought on “SSSA in 70 Objects: Bàrdachd Ghàidhlig recordings by Rev. William Matheson”