“Too Principled, Too Honest” 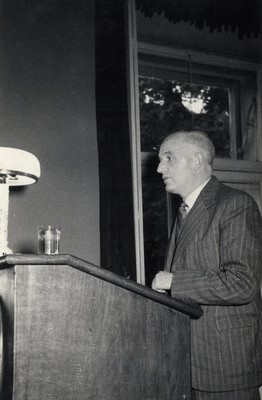 I have chosen to respond to my own contribution to the School of Scottish Studies Archive: a series of oral history interviews relating to the Glasgow-based psychiatrist, Thomas Ferguson Rodger (1907-1978). Thomas Ferguson Rodger was first Professor of Psychological Medicine at the University of Glasgow (1948-72) and a consultant psychiatrist at several Glasgow hospitals. I conducted these interviews with Rodger’s family and former colleagues as part of a PhD on Rodger’s contribution to twentieth-century psychiatry which was undertaken at the Medical Humanities Research Centre at the University of Glasgow and completed in 2018. Upon being awarded my PhD, I submitted the audio recordings and transcripts of these interviews to the School of Scottish Studies Sound Archive, grateful that my interviewees’ recollections would be carefully preserved and rendered accessible for researchers.

Rodger, known as Fergus to family and friends, was born in Glasgow on 4 November 1907[1] to Thomas and Ellen (nee Allan) Rodger.[2] Rodger had three brothers: William, James and Alan, and the family lived in Glasgow’s West End area.[3]

Upon being awarded a BSc in 1927 and an MB ChB in 1929 from the University of Glasgow,[4] Rodger worked as ‘assistant to Sir David Henderson, at Glasgow Royal Mental Hospital’.[5] Concurrently, he was awarded a Diploma of Psychological Medicine (D.P.M.) from the University of London in April 1931.[6] He then worked under the ‘most influential teacher of psychiatry, Professor Adolph Meyer at the Johns Hopkins University Baltimore’. Between 1933 and 1940, Rodger was again employed at Gartnavel, now as Deputy Superintendent, and also as an Assistant Lecturer in Psychiatry at the University of Glasgow.[7] Working as a military psychiatrist in the Second World War, Rodger was promoted to the ‘rank of Brigadier’ and made important contributions to personnel selection methods. 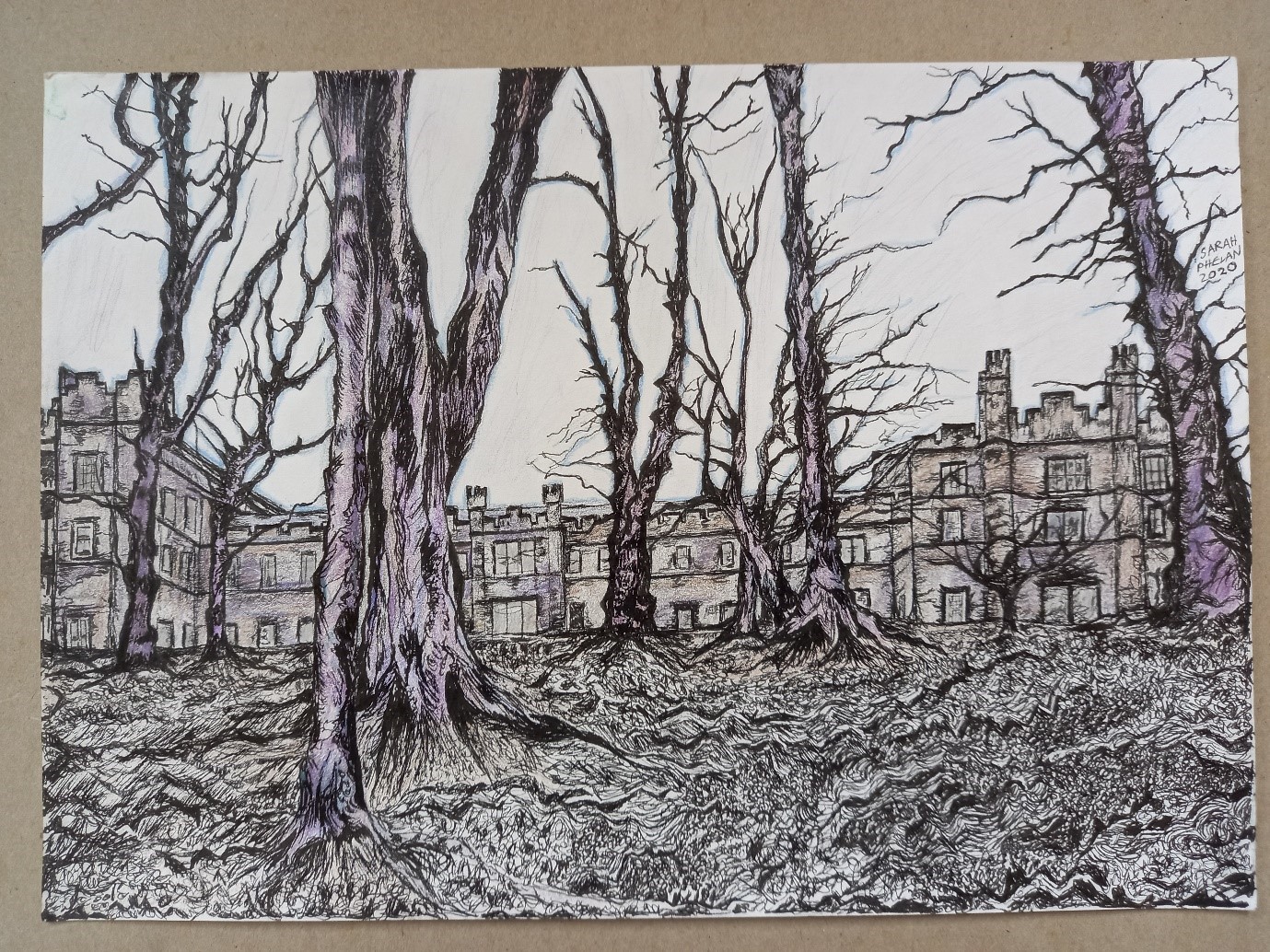 After the war, Rodger took up a position as Senior Commissioner on the General Board of Control for Scotland until 1948, when he was offered the professorship in psychological medicine. He established his department at the Southern General Hospital. During this time, he also fulfilled many prominent positions in official bodies, both domestic and further afield. He received a CBE in 1967.[8]

In 1934, Rodger married Jean Chalmers.[9] They had three children: a daughter, Christine, who became a doctor, practising in cardiology and acute general medicine;[10] a younger son, Ian, who became a quantity surveyor; and an elder son who was Alan Ferguson Rodger, a prominent lawyer, Lord Rodger of Earlsferry and Justice of the Supreme Court of the United Kingdom.[11] Though Rodger possessed many connections to Scottish psychoanalytic circles, he enjoyed a particularly long friendship with John Derg (Jock) Sutherland (1905-1991),[12] who became Medical Director of the Tavistock Clinic in 1947 and, after his retirement, helped to establish the Scottish Institute of Human Relations in 1970.[13] Outside of work, Rodger was enthralled by computers and cybernetics, enjoyed ‘sketching’[14] and was a keen ‘bird-watcher’.[15] Rodger retired in 1972 due to illness in the final year of his professorship and suffered ill-health until his death on 1 June 1978.[16]

My PhD research focused primarily on Rodger’s personal papers held at the University of Glasgow Archives Services.[17] This collection retains a plethora of material from Rodger’s work life including copious typescript and manuscript draft lectures, talks to public and professional audiences, correspondence and intricate patient case records. Rodger’s career, as reconstructed from these papers, supplemented by other archival and published documents, can be viewed as an absorbing opening onto developments in twentieth-century psychiatry. Thus far, the published articles which have stemmed from my PhD have centred upon the interwar and post-war period. In an article for History of the Human Sciences, I explore how Rodger’s heretical psychoanalytic-psychotherapy unfolded within the so-called ‘dream books’, labyrinthian patient case histories recording the dream analysis of five male patients in the 1930s. In these books, Rodger’s contrasting therapeutic allegiances to Freudianism and a pragmatic ‘commonsense’ psychotherapy coalesce, allowing the patient’s shifting trust in and resistance to psychoanalysis to emerge.[18] In a co-authored paper for Cultural Geographies, Prof Chris Philo and I bring Rodger’s interwar psychoanalytic-psychotherapy into dialogue with the ‘new walking studies’, exploring a patient-authored account of a walk in Glasgow’s Botanic Gardens as a ‘psychiatric-psychoanalytic fragment’.[19] Finally, the first paper I published during my PhD contextualises Rodger’s post-war eclecticism, a combination of physical, psychological and social approaches, in relation to his psychiatric education as well as the deinstitutionalisation of psychiatry and the insufficiency of knowledge around certain treatments in the 1950s and 1960s.[20]

Although the archive offered up a rich and cogent portrait of Rodger’s career, oral history-type testimony summoned those more elusive and emotive elements of his life. Rodger’s daughter Christine and son Ian elaborated on Rodger’s youth, disposition and interests, while former colleagues elucidated how his psychiatric leadership manifested and how his personality affected the direction of his psychiatry. These interviews are qualitatively distinct from the archival material I examined, disclosing how Rodger was thought of or remembered by others. They offer a more impressionistic portrait of his standing in relation to his psychiatric contemporaries. In particular, they convey how Rodger was unique or atypical at least in fostering the collegial exchange of psychiatry and psychology. Kenneth Clarke, a psychologist who worked in Rodger’s department, stated that ‘one of the hallmarks’ of Rodger was his integration of psychoanalytically inclined staff with ‘quite hard […] biologically minded psychiatrists’.[21] The psychologist Professor Gordon Claridge evoked the genial, egalitarian atmosphere of Rodger’s department which facilitated this eclectic collaboration. Claridge explained how the department,

was just an unusually relaxed place, both personally and from a professional point of view […] there was nowhere else in the country, I don’t think, where psychologists and psychiatrists could get on so well, were almost treated as an equal really in the face of, you know, a certain amount of tension between psychiatry and psychology and, you know, it was a very rewarding period of my life I have to say (LAUGHS) and, you know, very enjoyable as a place to work […] It was just Glasgow and somehow the department fitted into that, you know, a sort of rather warm inviting place really.[22]

It is difficult to see how something as subjective and evanescent as the sense of easy community recalled by Professor Claridge, and indeed also by his colleagues could be conjured as vividly, if at all, from the written texts in Rodger’s archive.

Rodger was memorably characterised by a psychiatric colleague, Dr Reginald Herrington as ‘too principled, too honest’ and a person who ‘could see a problem from every angle’ (Herrington Interview 10).[23] Researching developments in twentieth-century psychiatry through the biography of a self-effacing and self-critical figure such as Rodger has likely benefited my research, making visible some of the difficulties and instabilities of psychiatric practice during that period, potentially hidden by a more self-satisfied practitioner.

Thank you to Louise Scollay for assistance and advice during the preparation of this blogpost. I would also like to thank the individuals I interviewed for my PhD. I am grateful to the University of Glasgow Archives and Special Collections for permission to reproduce an image of Thomas Ferguson Rodger in this blogpost and to NHS Greater Glasgow and Clyde Archives for permission to reference archival material. Thanks also to Dr Gavin Miller and Prof Chris Philo for discussing this research with me during my PhD.

This blogpost draws on PhD research which was funded by a Lord Kelvin Adam Smith PhD Scholarship from the University of Glasgow.

Queering the Archive with Lady Rampant

We once again have another podcast to showcase as part of the ongoing Queering the Archive initiative! For the third in a series of podcasts, Archive and Library Assistant, Elliot, recorded a session with Lady Rampant, Scotland’s political drag queen.

Lady Rampant got her start in the drag scene in Amsterdam, and has worked across both Amsterdam and Scotland. With a background and interest in Law and politics, Lady Rampant has blended politics and drag in her performances and activism. Her work as well as her podcast, Rampant Rundown, has featured causes such as Black Lives Matter, LGBTQ rights, HIV awareness in Scotland, and encouraging voting within Scotland and much more. She has also worked with politicians and political parties as well as Scottish third sector LGBTQ plus charities like TIE Scotland, HIV Scotland, and LGBT Youth Scotland.

Lady Rampant has also recently performed at events at the Edinburgh Fringe, including the pre-show for ‘Everybody’s Talking About Jamie’ the musical, as well as ‘Aye Cons’, a celebration of Scottish drag that platforms kings, queens, and other performers and icons in Scotland.

In this recording we discuss all things performance, drag and politics, the current political climate, and issues facing the LGBTQ plus and specifically the Trans, Nonbinary, Gender Nonconforming community and wider LGBTQ plus community and more.

Listen to the podcast with Lady Rampant here: https://edin.ac/2W2BSE7

You can find Lady Rampant on the following Social Media accounts:

Copyright disclaimer: Copyright belongs to those interviewed and recorded and there is strictly no re-use for publication and broadcast of this recording or blog text. Quotation and para-phrasing from the recording and/or blog post is also prohibited. If you wish to use the recording for private study and research and any potential other uses, you must get in touch with scottish.studies.archives@ed.ac.uk for permissions and access.