On 29th August 1930, the island of St Kilda was evacuated due to its remote location and a dwindling population. The School of Scottish Studies Archives contains a photo album of St Kilda containing some bittersweet images of an ornithological visit made in 1938 showing the changes that had occurred.

The trip was made by naturalist and writer, Robert Atkinson, along with some people who had lived on the island, Neil Gillies, Annie Gillies and Finlay MacQueen and would return for the summer months. An image that caught my eye was of a wren, which had made its home in one of the abandoned houses. 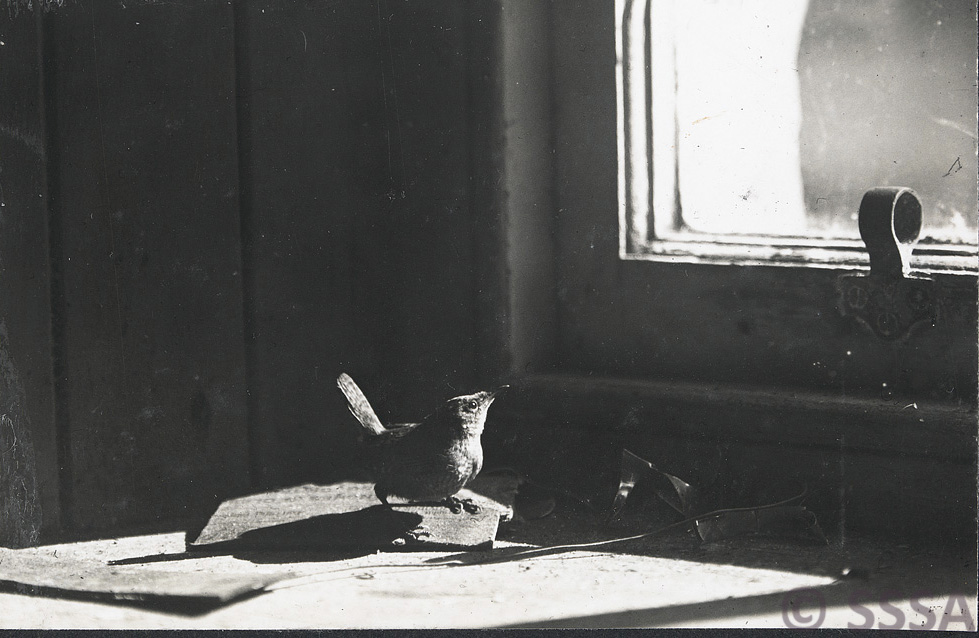 B332 Robert Atkinson Collection – © The School of Scottish Studies Archives

It is amazing to think of such a tiny bird now ruling the roost in a house made for people. It is a beautiful composition, with the sun shining through the window and the bird looking up. It is perched on what looks like debris from the house which has deteriorated without being heated and maintained for 8 years. From another image in the album it looks like one of the birds, possibly the same one was caught and is being examined, before hopefully being allowed to go on its way. 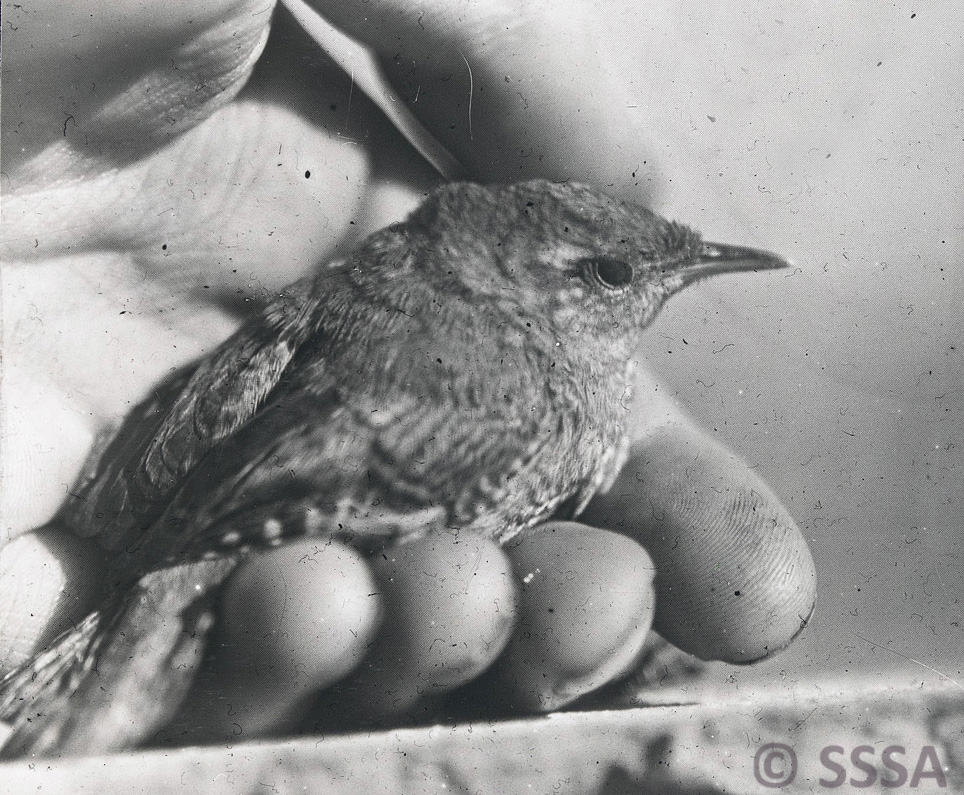 B333 – The Robert Atkinson Collection © The School of Sottish Studies Archives

(Description: St. Kilda: Wren Caught by Neil Gillies in One of the Houses, July 29th 1938)

The bird seems to be sitting fearlessly in one of the visitor’s hands so perhaps this was because it had no experience of people until that day. As Atkinson said in his book Island Going (first published in 1949),

‘St Kilda wrens left the nest for a world without natural enemies. Their only mortality was accidental’.

Like many people, I have been watching birds more during lockdown and I have noticed how quickly they look to reclaim places that they have been chased away from by human activity. I saw a bird that was walking on the road last May and a car drove over where it was standing. Fortunately, it appeared uninjured and flew away, but it had no road sense because there had been so few cars on the road to learn to be afraid.

Perhaps it is most fitting to end with some words from Robert Atkinson’s on the wrens, which complement the images well:

‘They were so near it was like examining a bird in the hand; their St Kildan characteristics of larger size and stronger, greyer markings, robuster bills and legs, were plain. Pleasant to watch the stealthy bright-eyed approach to the nest, the gabbled transfer of caterpillars, the gentle receipt of the white sac; and to hear the invisible whirr of wings amplified within the dark hollow of the cleit.’

You can browse images from the Atkinson Collection on The University of Edinburgh Image Collection website.