It was hard to pick a single object from our extensive collection of historic equipment to speak about in this article. I did consider writing about some of our “repeater” machines like the one mentioned by Morag Macleod which are a great example of the inventiveness shown by my predecessor, Fred Kent, but in this post I thought I would share a device that is as easy on the eye as it is on the ear: The Nagra III. 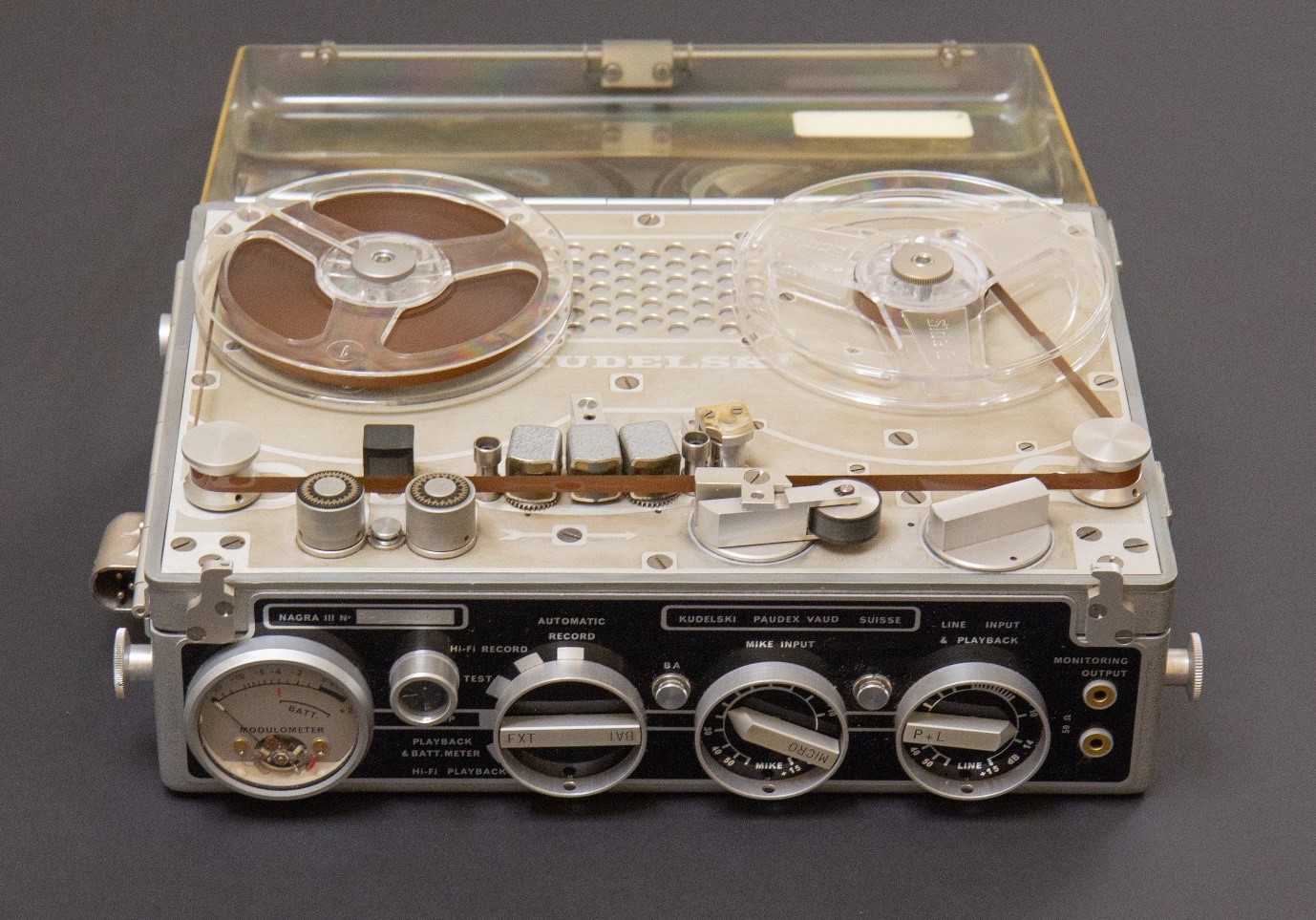 The Nagra recorders were designed by Stefan Kudelski, a Polish engineer who fled the war in Poland in 1939 and were named after the Polish word “nagra” meaning “will record”. Manufacturing began in 1951 by Kudeslki Company, his eponymous engineering firm based in Switzerland specialising in high-end recording equipment. The company still exists and makes field recorders and other Hi-fi equipment today (they also manufacture my all-time favourite amplifier, the Nagra VPA, which shows a similar design aesthetic).

As one would expect from the name there had been two preceding models of Nagra field recorders before our Nagra III was made, the Nagra I and II. These models are very impressive technically but still relied on clockwork winding mechanisms which suffer from poor speed control, and valve amplification circuits which required very high voltages and drew a great deal of power which is a major issue when recording in the field.

The Nagra III was designed in 1957 and was transistorised meaning lower power consumption for longer recording, and had a servo controlled motor for precise speed control, Kudelski also had the foresight to use a spring belt drive mechanism rather than using rubber or leather belts as other manufacturers did at the time, meaning a massive increase in reliability. The machines were designed by Kudelski to last 5 years in the field with no maintenance, and proof of his success is evident in the fact that there are still so many working examples of these machines out there more than 60 years after they were manufactured. 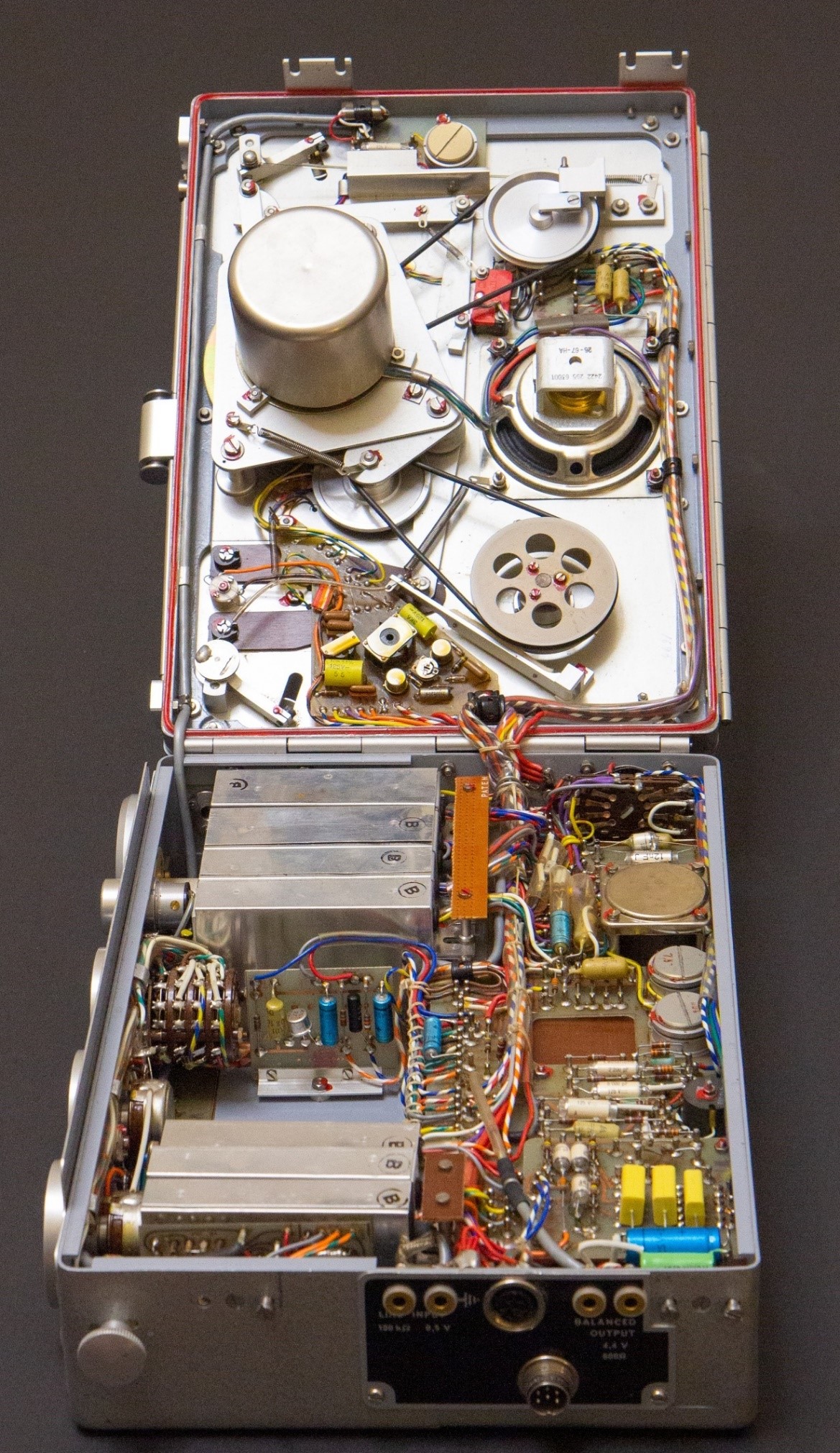 The Nagra had many design features that were ahead of its time, such as 3-way speed selection (3.75, 7.5 or 15 ips) and dual equalisation (CCIR or Ampex). This along with accurate level monitoring, recording quality, portability, and the optional Pilot-tone add-on made Nagra recorders the standard for location film work for at least 30 years.

We are fortunate enough to own two Nagra III recorders and the accompanying mini microphone mixer and external speaker unit. Here it is accompanied by a Sennheiser MD421, another classic piece of recording equipment. 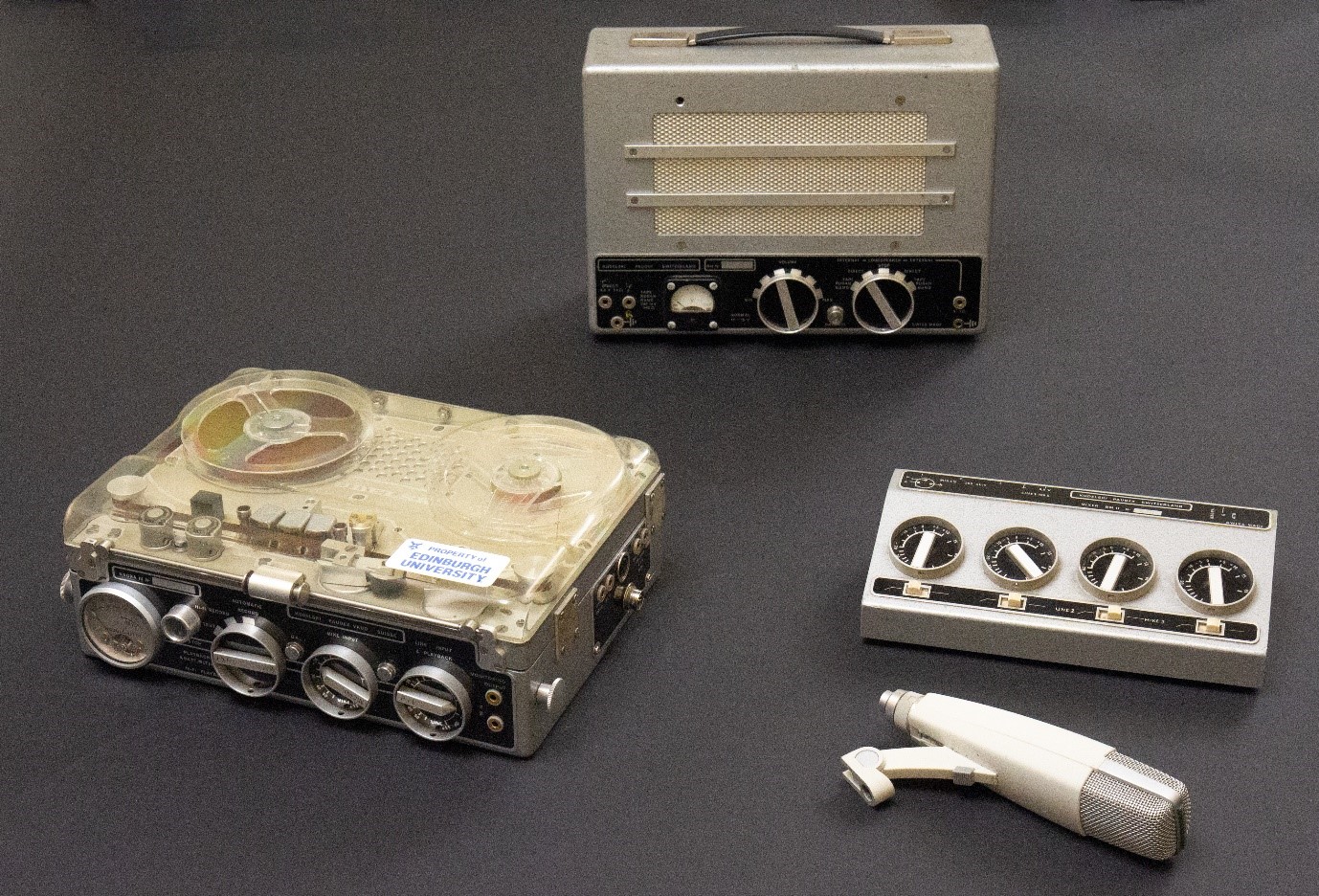 These were used extensively, it is hard to work out exactly how many recordings they were used for, but a quick search suggests nearly 500 in the official SA catalogue the earliest available on Tobar an Dualchais features Calum Johnston singing “Chunnacas na trì, na trì, calmanan geala” and the audio quality is still impressive to hear – note the lack of hiss or hum, and the clarity of the sibilants.

The Nagra recorders were also used to record one of the Archive’s most important works, “Cloth Waulking in South Uist”(VA1970.01,) as seen in the picture below of Peter Cooke and Morag Macleod. 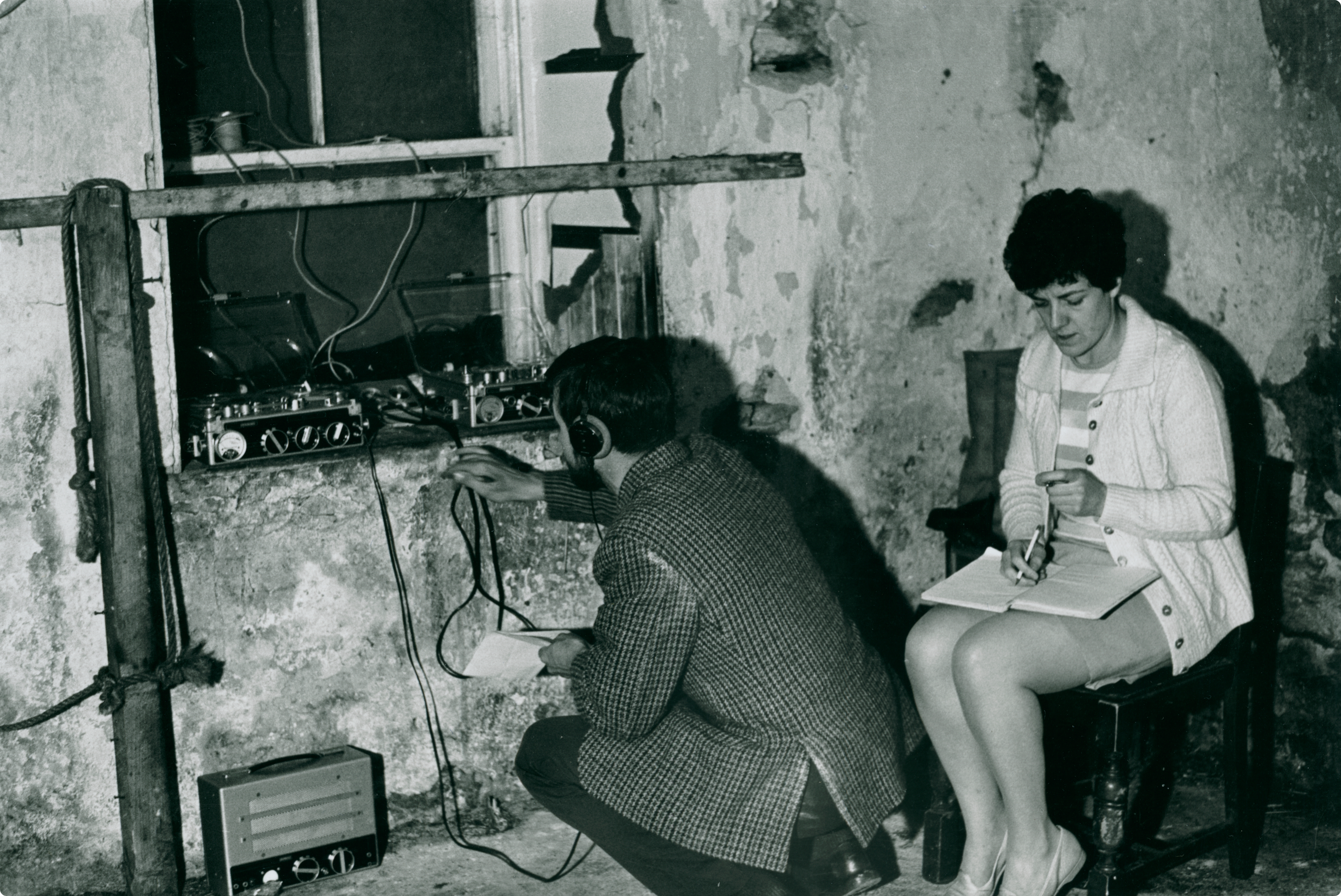 This video is currently available to view on our Youtube channel:

It is amazing to think of the songs, tales and music that have passed through this unit’s Germanium over the past 60 years, and it is a joy to get to use it and be part of that great history. Even today people are finding new ways to use and experiment with these incredible recorders and finding new outlets for their creativity by doing so, like in the video below.

Tagged archive in 70 objects, sssa at 70