SSSA in 70 Objects: The Tiree Clapperboard

On Sunday, August 22 1976, the School of Scottish Studies filmed an open air baptism in Tiree. This was the first baptismal service of its kind in several years and the community and church of Tiree were happy for fieldworkers from the School to capture the event for preservation.

For anyone who has visited us over the past few years, you may have seen this film playing in our foyer.

One of the objects we have in our archive is the clapperboard, which was used by the unit who went to Tiree to make the film.

Clapperboards, or sometimes clapsticks, filmsticks or slate, were used in film productions to assist in synchronizing of picture and sound, and to designate and mark the various scenes and takes as they are filmed and audio-recorded. It was operated by a Clapper loader. 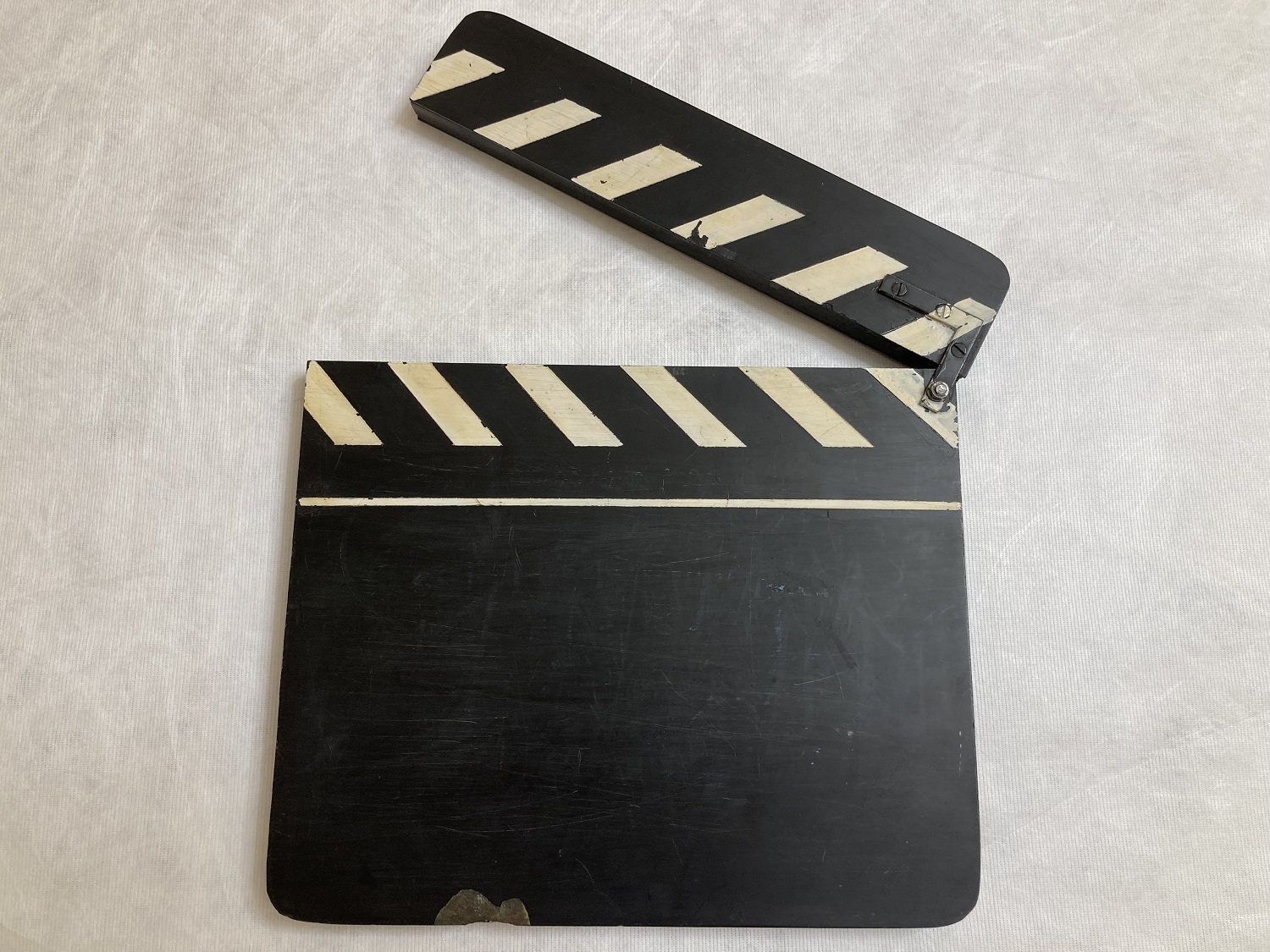 This is a still from the film showing SOSS staff setting up. with Dr Margaret Mackay being the ‘Clapper loader’. 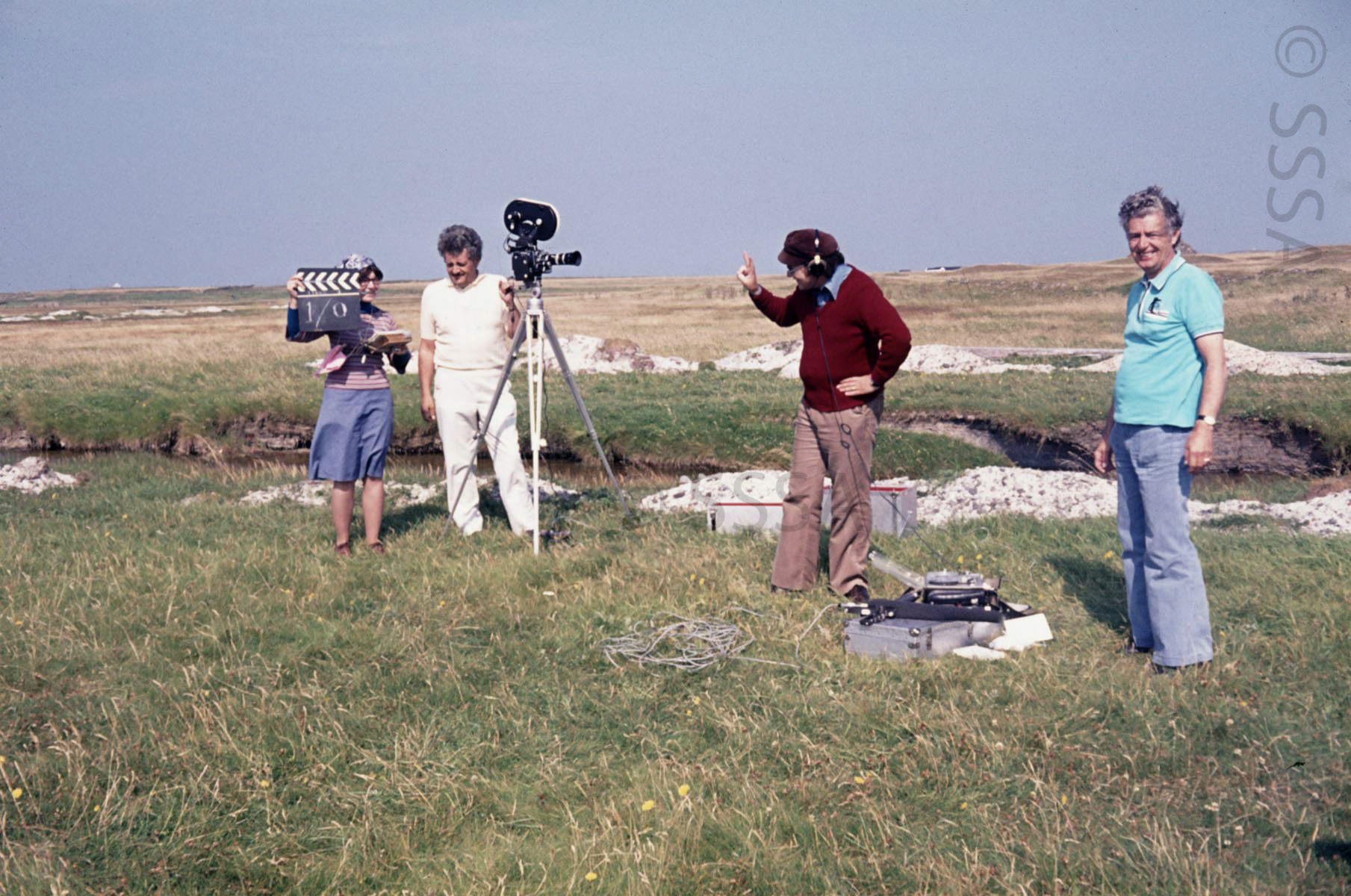 When I took the board out of its box, from the archive store, I was surprised at the weight and heft of it. Presumably it was used for other purposes over the years, as it appears to show the vague etchings of writing and so may have been used in other filming pursuits by the School. I am sad to say though, it also looks like it could have been used as someone’s coaster at one stage too! 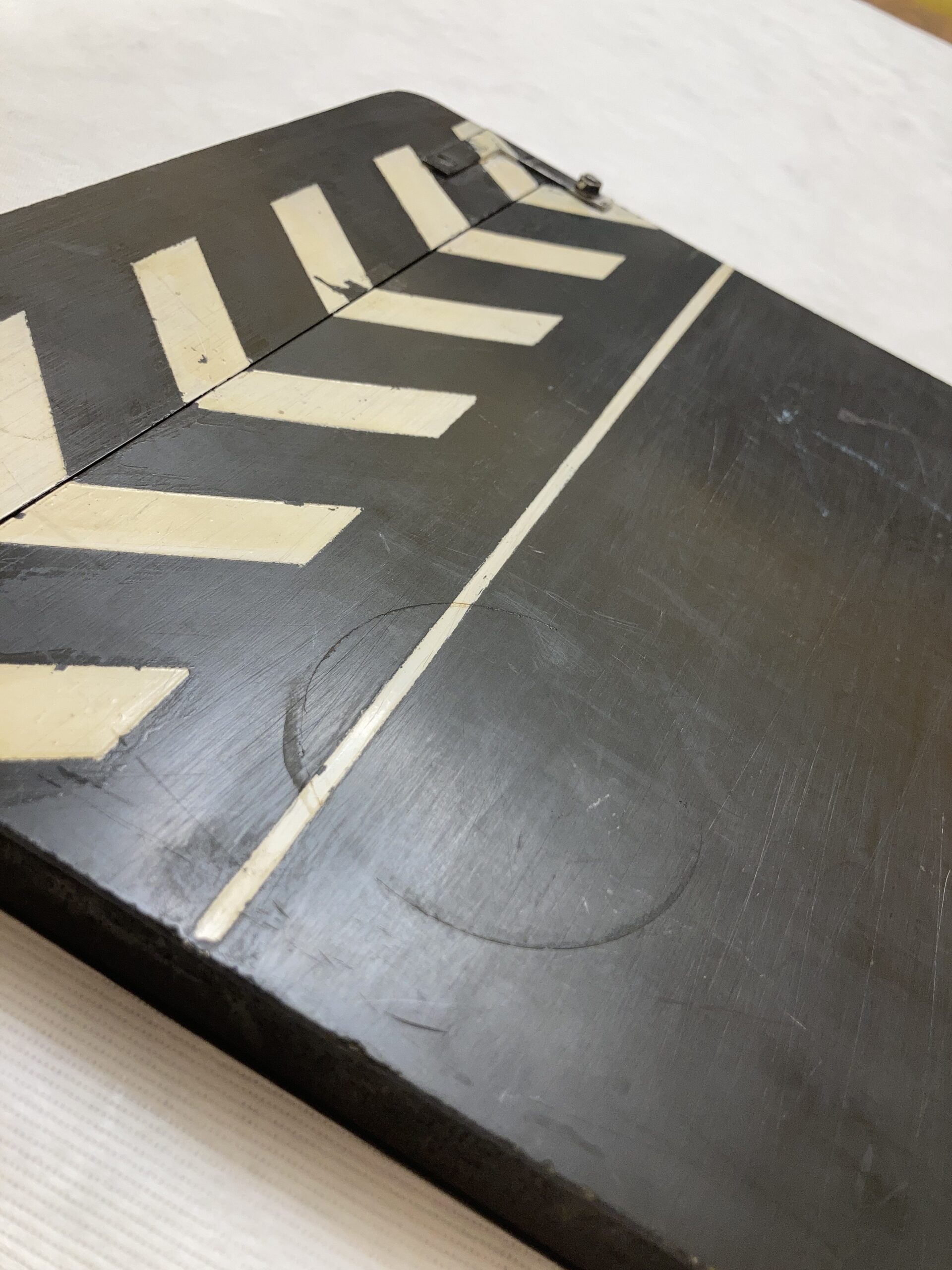 These items are still used in film production today, but the modern equivalent – digislates – have an electronic display, the time code of which is synced with the cameras.

And, if you are wondering, of course I gave it a try and yelled “Action!” (into the set of the empty Scottish Studies Library). Mind you, I did not bring down clappper with any kind of dramatic snap – previous use as a coaster aside – it is an archival object after all!

One thought on “SSSA in 70 Objects: The Tiree Clapperboard”