SSSA in 70 Objects: Photograph of Sorley Maclean and Ian Paterson 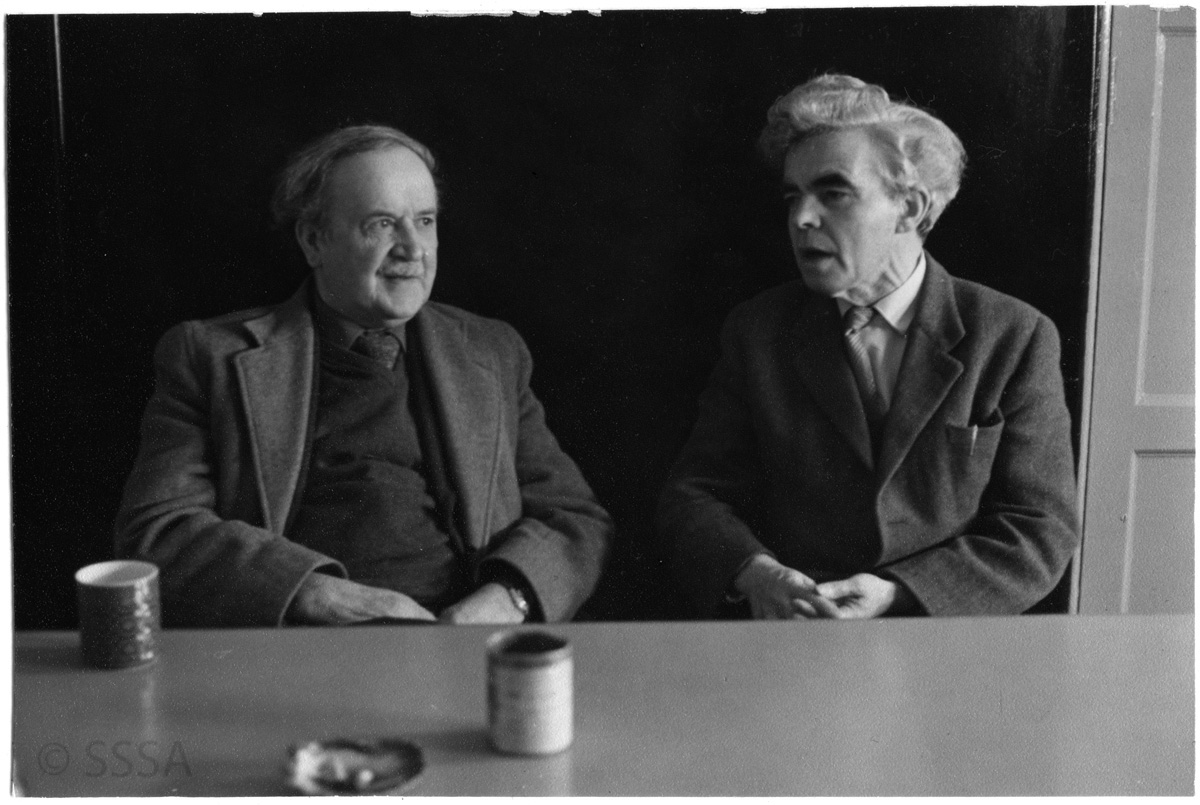 This week saw the 110th anniversary of the birth of Raasay poet Sorley MacLean (26 October 1911 – 24 November 1996) and so today’s blog is a great opportunity to share with you a photograph from the collection that I really like, for two reasons.

Here are Sorley and Ian Paterson, sitting at the tea table in the School of Scottish Studies. Ian Paterson was a native of Berneray and worked at The School of Scottish Studies first as a transcriber and then began collecting fieldwork of his own. In July 1974 and November 1978, Ian recorded Sorley reciting his poems at The School. You can hear these recordings via Tobar an Dualchais by following the Reference links below:

It is an incredible gift to be able to listen to one of our greatest contemporary Gaelic poets reciting his own work in fine, resounding voice.

I like the candidness of this image too; such a lack of ceremony. Two people, taking their ease, caught in a conversation while having a cup of tea. And that is the other thing I like about this image. It was taken in the Tea room at 27-29 George Square, in the School of Scottish Studies building and for anyone who worked, studied or had connections in the building, the tea room and the tea table was a special place indeed.

From special occasions to plain old elevenses, there was always a community feel about that room and you were never quite sure who else would be joining you for your tea. When the Celtic and Scottish Studies department and the Archives moved in 2015 the tea table was much mourned as that hub. We often hear stories from people who have memories of being at the tea table and so we thought it would be great to share some of these here on the blog, along with some more photographs from our collections. If you have any memories of occasions in the tea-room, no matter how long or short the tale, please drop us a line at scottish.studies.archives@ed.ac.uk, or leave us a comment below.