Link to the song on Tobar an Dualchais: http://tobarandualchais.co.uk/en/fullrecord/30120

This Bothy ballad – rendered beautifully here by Enoch Kent in 1954 – holds a special place in my heart because it was one of the first examples of the genre I heard from The School of Scottish Studies Archives. At the time, I was working towards my undergraduate degree on the Scottish Studies 1B course ‘Creating Scotland’, where this track was used as an example of the unique repository of knowledge that the archives represent. From that moment on, I knew that my academic interests lay in the exploration of our archive and duly shifted the focus of my degree from English Literature to Scottish Ethnology. My current doctoral project has revealed to me that the diverse range of intangible cultural heritage embodied by the archives is truly breath-taking. This researcher, for one, has merely scratched the surface.

Enoch’s ballad belongs to genre of narrative songs associated with the reorganisation of rural Scottish society during the ‘Agrarian Revolution’ of the nineteenth century. ‘Just as the growth of capitalist farming ensured that the farming units were split up into large farms and small crofts’, says David Buchan, ‘it ensured that rural society was divided into a small group of wealthy farmers and a large group of farm labourers’ (1972: 255). These labourers were often peripatetic and sold their labour to farm owners on a six-monthly basis, a procedure known as ‘feeing’. From the 1830s until the late nineteenth century, the feeing procedure was notoriously inequitable and exploitative, in favour of the farm owners, of course. The unmarried labourers would live in Bothan [Scottish Gaelic: ‘hut, cottage’] attached to the farms and pass their leisure time sharing songs. 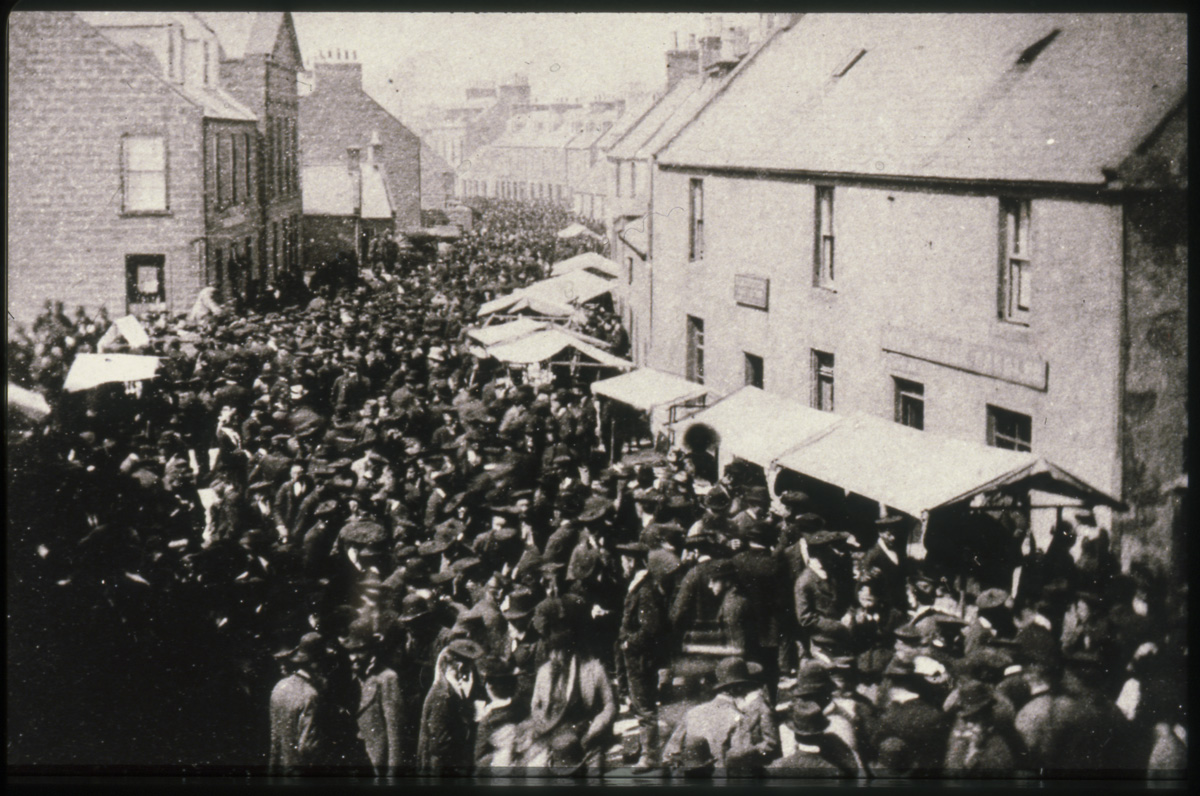 Thus, a ‘new-style ballad grew and flourished […] and the literate descendants of the oral-traditional singers created and sang ballads which have traces of the old style, and which, like the old ballads, grew organically out of a certain set of social conditions’ (Buchan 1972: 268). Buchan goes on, noting that ‘instead of escaping from the hard realities of everyday life by singing about another life’, the Bothy ballad singer ‘relieved his feelings by commenting directly and sardonically on the life he led, day in, day out’ (1972: 268). In The Barnyards o’ Delgaty, for instance, we hear about the poor condition of the farm’s horses, them being all ‘skin and bone’; the narrator rails against the perceived social control exerted by the famer, exclaiming ‘I can drink and no be drunk’ and boasting that he can ‘fecht [fight] and no be slain’; and the central importance of the feeing procedure is writ large by its incorporation in the expressive culture of the farm labourers. The promises of the farmer and the bleak actuality of the farm (Buchan 1972: 262) are thereby negotiated in song, giving us an unparalleled insight into the lived experiences of Scotland’s farm labourers during the nineteenth century. Even this terse examination hints at the rich resource the archives represent for casual listener and researcher alike.

Robert Fell is a doctoral researcher in Celtic and Scottish Studies working with the storytelling traditions of Scotland’s Traveller communities.