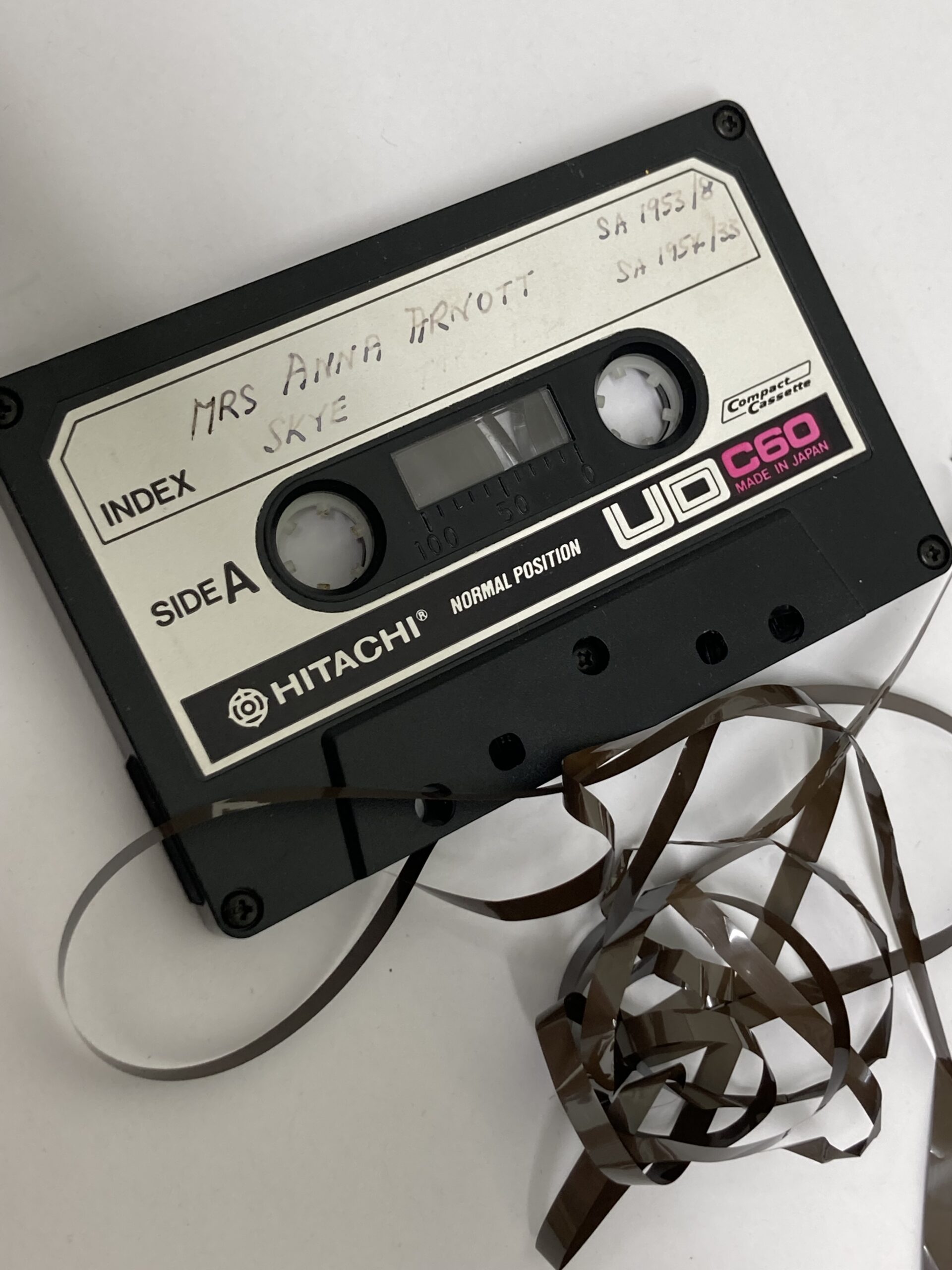 Recently this object was received back to SSSA.

The tape contains several recordings of Gaelic songs performed by Mrs Annie Arnott, of Skye. Born and raised in Linicro, in the Kilmuir district in Skye, Annie learned a large number of songs from her mother, who was descended from the Macdonald bards. Annie was regarded as a great tradition-bearer and she was recorded many times by fieldworkers from the School of Scottish Studies.

You can listen to over 150 recordings of Annie Arnott singing, from SSSA collection on Tobar an Dualchais .

The tape was made for Annie’s Grand-daughter, also named Annie; She sent us a letter to say she had listened to the tapes (this is one of a few she has) many times over the years and she hoped that we might be able to fix it for her.

After a lovely telephone call with Annie, we learned that she remembered well the fieldworkers from the School bringing their huge recording machines to Skye to record with her grandmother. We asked her if she wanted the recordings put on a CD, which she did, but she also was keen to see the tape fixed – if it was possible – as the cassettes are an important item to her.

Fix it we could! It took short work from Stuart, our AV technician, and here it is almost as good as new. This is winging its way back to Skye today. 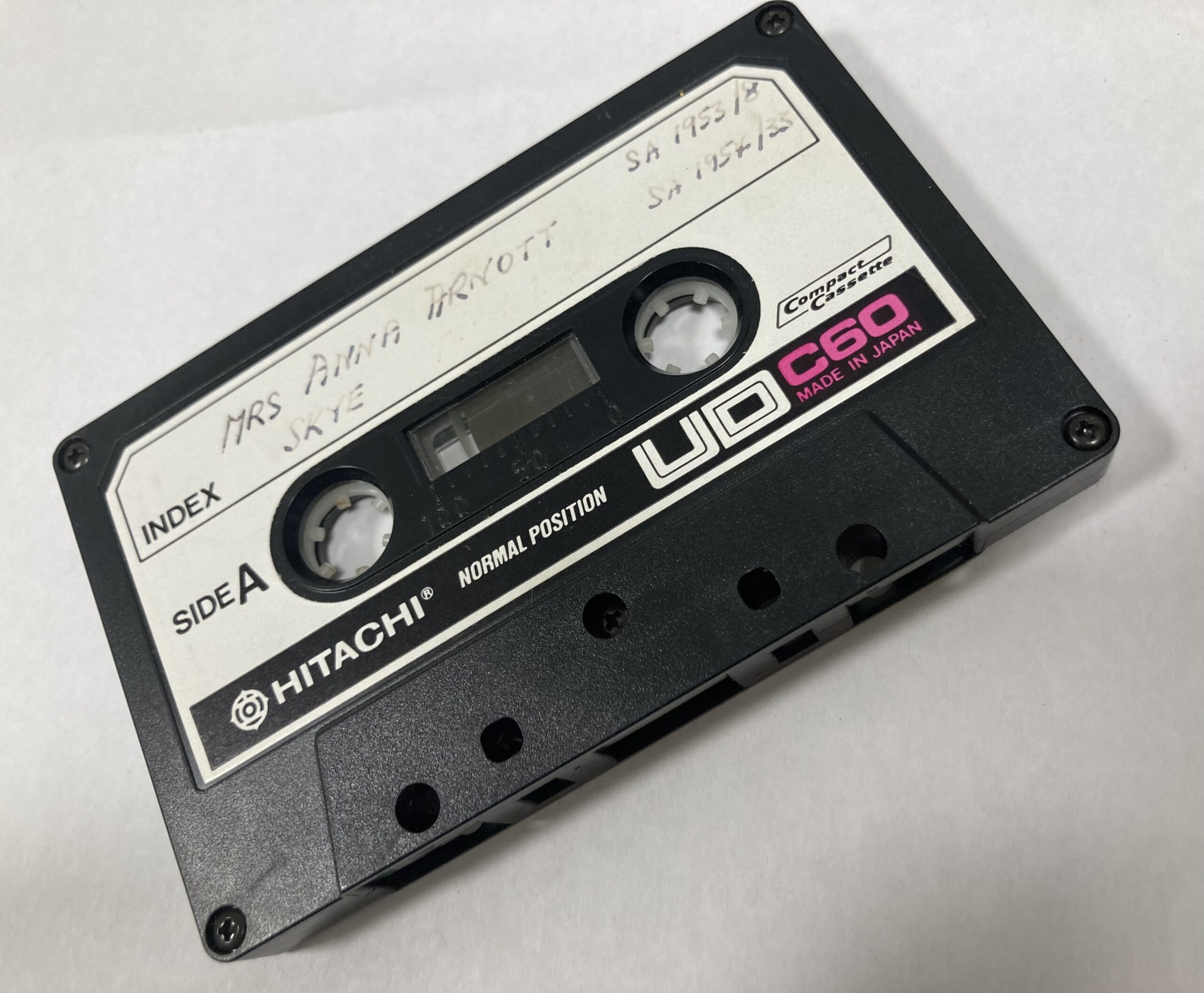 Stuart is going to do a little video for us on tape repairs like this, but in the meantime, here is one he made earlier on fixing a microcassette.

It is always special to hear from people who were recorded by the School, or who have memories connected to their family or local area and the recordings in the archive.  Do you have any connections to The School of Scottish Studies or our archives? We would be delighted to hear from you. Drop us an email at scottish.studies.archives@ed.ac.uk or telephone (or leave a message) at 0131 650 3060.