Thanks to a request from HCA staff the Library has recently purchased U.S. Declassified Documents Online from Gale. This database provides immediate access to a broad range of previously classified federal records spanning the twentieth and twenty-first centuries. 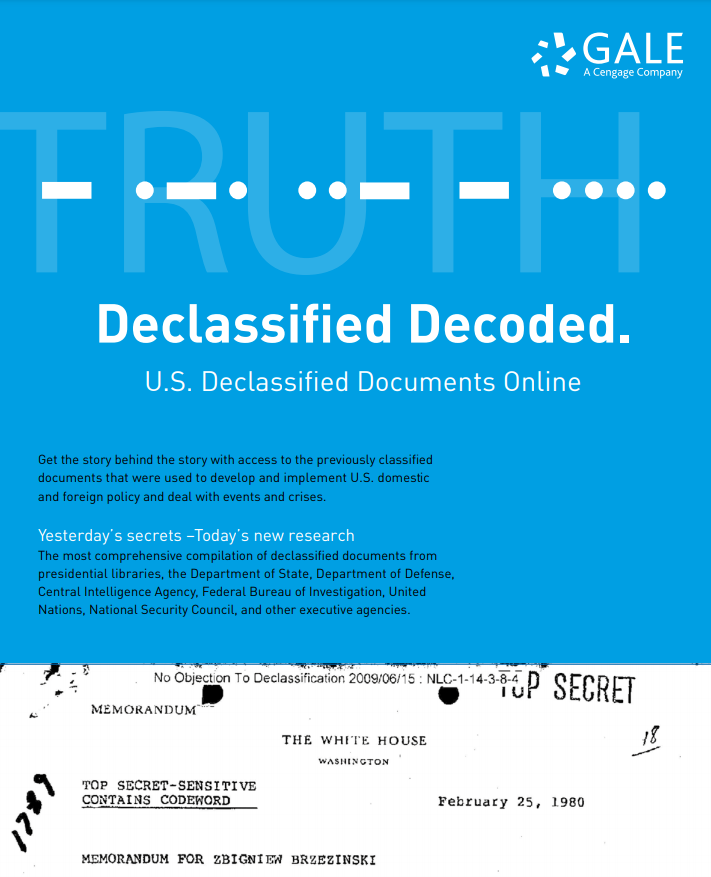 Medical Services and Warfare allows you to explore multiple perspectives on the history of injury, treatment and disease on the front line. Chart scientific advances through hospital records, medical reports and first-hand accounts, and discover the evidence of how war shaped medical practice across the centuries. END_OF_DOCUMENT_TOKEN_TO_BE_REPLACED

This major primary source database contains nine file series which span four major 20th century conflicts – the Spanish Civil War, the Second World War, the early years of the Cold War and the Korean War. Files are sourced from the Permanent Undersecretary’s Department (PUSD) – the PUSD was the point of liaison between the Foreign Office and the British intelligence establishment – Joint Intelligence Sub-Committee, War Cabinet, Cabinet Office and Ministry of Defence. END_OF_DOCUMENT_TOKEN_TO_BE_REPLACED