March 31 marks the 175th anniversary of the birth of one of Scotland’s most prolific and versatile writers, Andrew Lang (1844-1912). The author or co-author of 249 volumes, Lang worked in fields as varied as anthropology, folklore, classical scholarship, Scottish history, poetry, drama, and children’s writing. As a perennially in-demand journalist, he also penned articles and reviews on an almost daily basis.

At the Centre for Research Collections, we hold a suitably diverse collection of 35 letters (Coll-732) from Andrew Lang to a number of literary and professional colleagues. The publications mentioned in these letters convey the full breadth of Lang’s interests: controversially pro-Jacobite studies of Mary Queen of Scots and Charles Edward Stuart, translations from Homer, an epic poem on Helen of Troy, a history of Oxford University, a study of three French Romantic poets, and anthologies of ballads and folktales.

Although many of the letters are brief and business-like, they provide a vivid glimpse into the daily labour of a Late Victorian professional writer. There are letters asking magazine editors what they pay contributors; thanking his literary agent Hughes Massie for a cheque; requesting transcripts of historical manuscripts held by the British Museum; offering advice to young authors; submitting work on behalf of protégés; accepting or declining invitations to address clubs and societies; and turning down commissions when over-committed or short of inspiration.

While few of Lang’s correspondents are well-known today, there are references to distinguished literary friends. Lang writes to W. E. Henley that he is ‘delighted’ with the idea of Robert Louis Stevenson’s ‘voyage and travails with the Cuddy’, i.e. his Travels with a Donkey in the Cévennes. In a letter to Mark Twain’s business manager Ralph W. Ashcroft, Lang expresses his readiness to hear more of a publishing plan proposed by Twain (to whom Lang refers as ‘Mr Clemens’, the writer’s real name). There is further evidence of Lang’s transatlantic interests in a letter accompanying a submission to the American children’s magazine The Youth’s Companion, in which Lang begs the editor to return his article if he judges it to be ‘of a corrupting tendency’. 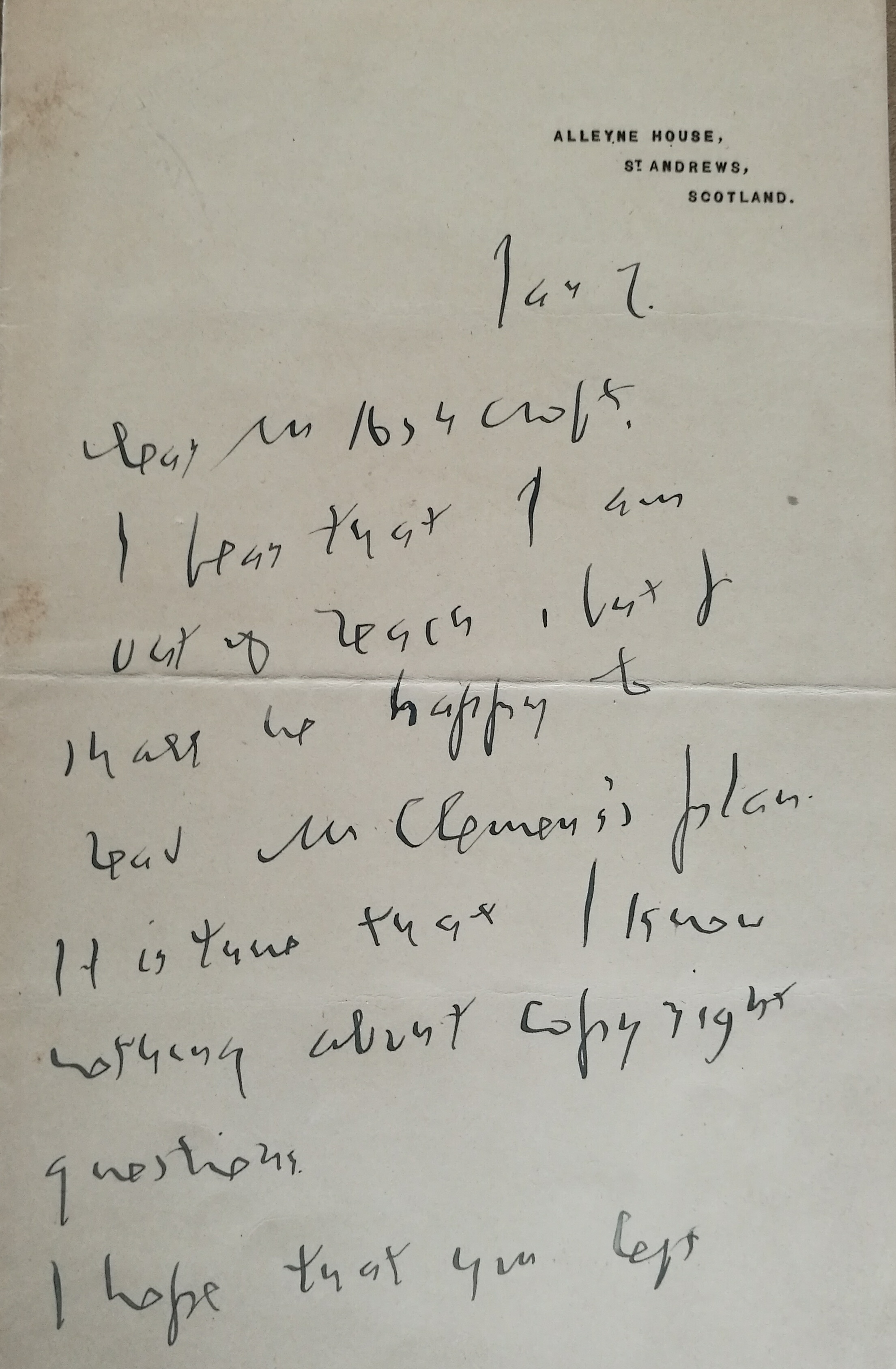 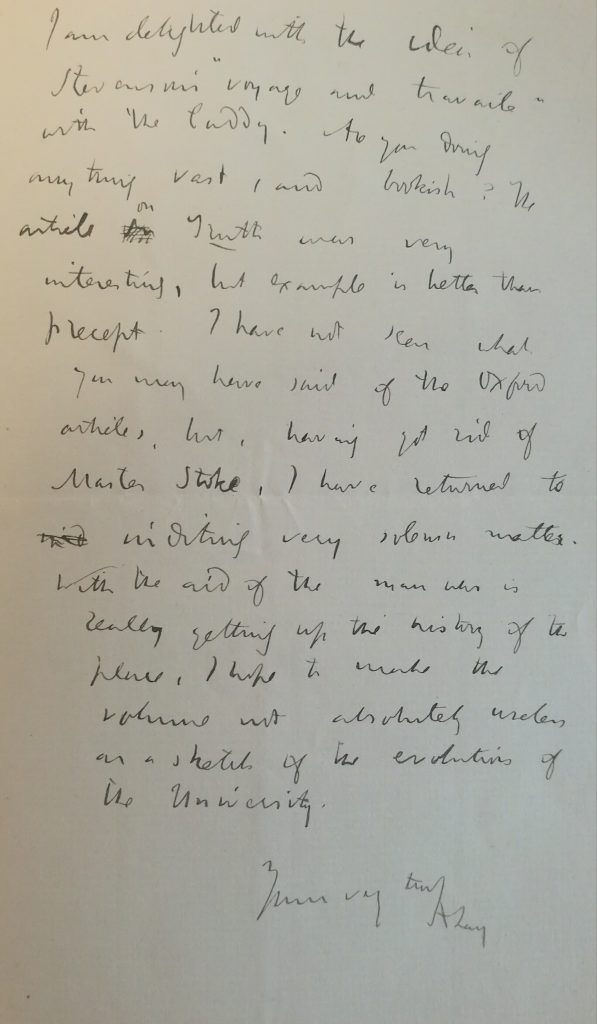 Despite his astonishing productivity and the breadth of his scholarship, Lang’s laconic writing style earned him the nickname ‘the divine amateur’. Lang plays up to this gentlemanly image throughout his correspondence, often referring to sporting activities, and insisting that he does not take his literary work too seriously. In a letter to William Leonard Courtney, editor of the Fortnightly Review, he declares himself nonplussed by criticism of his poetry for ‘I have never set up for a poet; and surely a fellow can rhyme, just as he may play lawn tennis, without thinking himself some great one, or a Renshaw [i.e. seven-time Wimbledon winner William Renshaw]’. In a letter to Scottish novelist Beatrice May Butt (Mrs Allhusen), he describes his literary tastes as essentially lowbrow: “In novels, I like sentiment and slaughter.”

(The letter to Beatrice May Butt also refers to their shared interest in ghost hunting. Lang was a pioneer of research into the paranormal and served as president of the Society for Psychical Research in 1911. Another letter deals with a 17th-century poltergeist, the Glenluce Devil.)

Today, Lang is probably best-known for the twelve ‘Coloured’ Fairy Books that he edited with his wife Leonora Blanche Alleyne (1851-1933). These were anthologies of traditional tales from around the world, each distinguished by the colour of its binding. Lang was initially chief editor and wrote prefaces for the entire series, but Leonora gradually assumed editorial responsibility, and, with a team of co-writers, did most of the translating and retelling of the stories. Although the extent of Leonora’s contribution is clearly acknowledged in Lang’s prefaces, the series is often wrongly called simply ‘Andrew Lang’s Fairy Books’. The Langs are now credited with overturning the Victorian assumption that fairy-tales were unsuitable for children and undeserving of serious critical attention.

There are no unambiguous references to the Fairy Books in our collection of Lang letters, but the CRC holds some fine examples of the series in our Peter Freshwater Collection, with their distinctive cover illustrations by Henry Justice Ford. 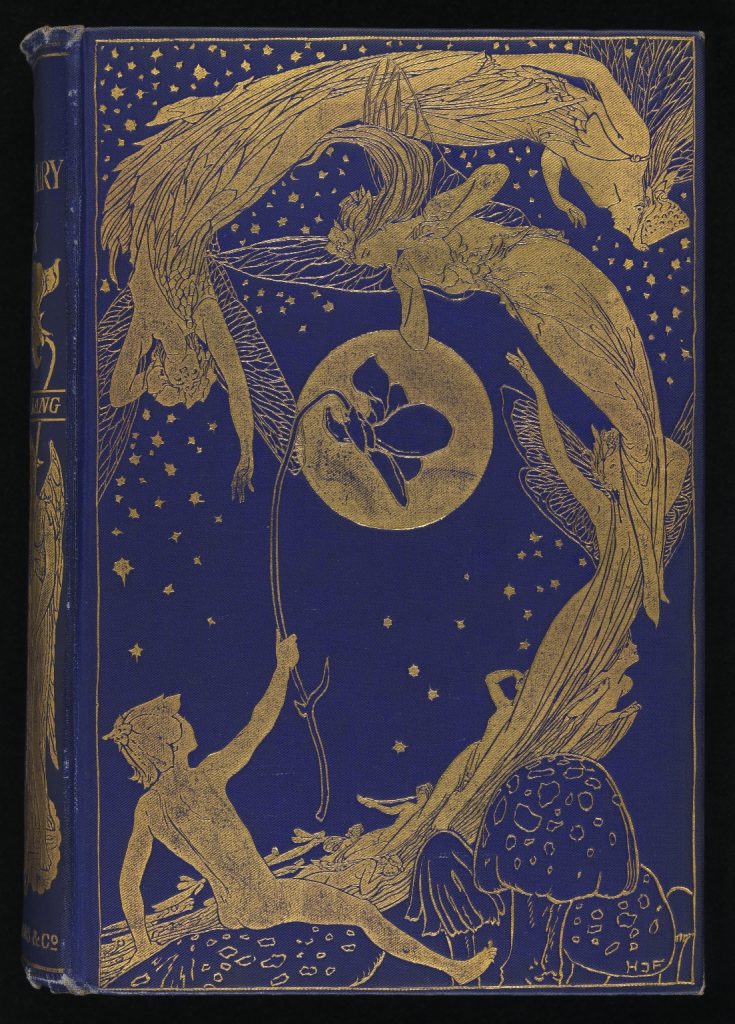 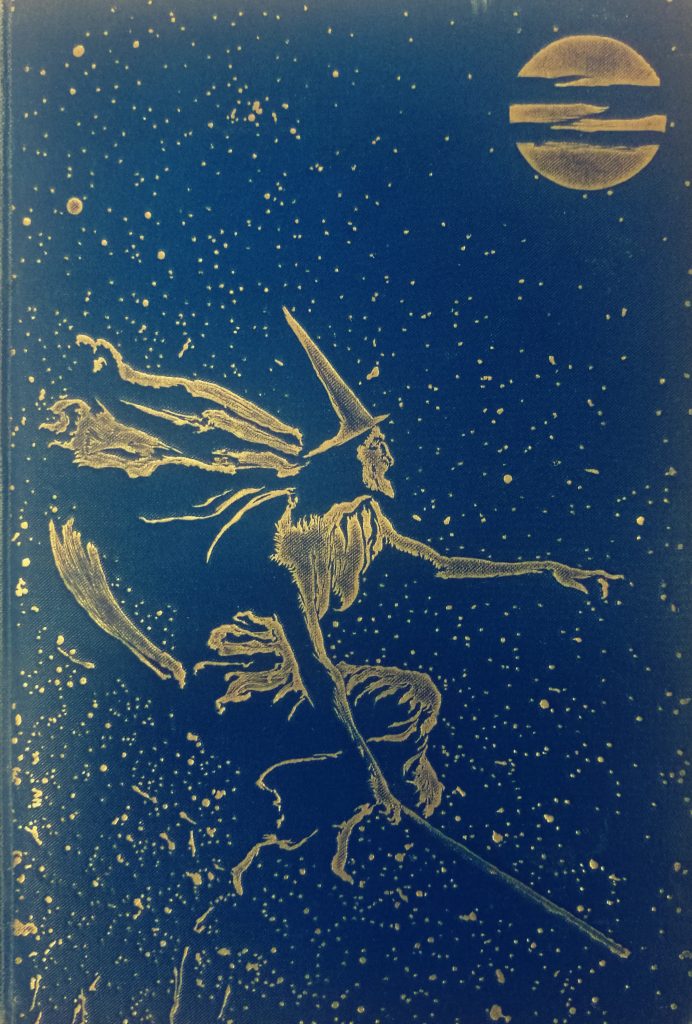 A recent archival purchase provides further evidence of collaboration between Andrew and Leonora Lang. We now own the manuscript of a chapter on novelist Henry Fielding that Leonora contributed to Lang’s volume Letters on Literature (1889). There are MS corrections and additions in Andrew Lang’s hand, together with a final paragraph of his own composition. 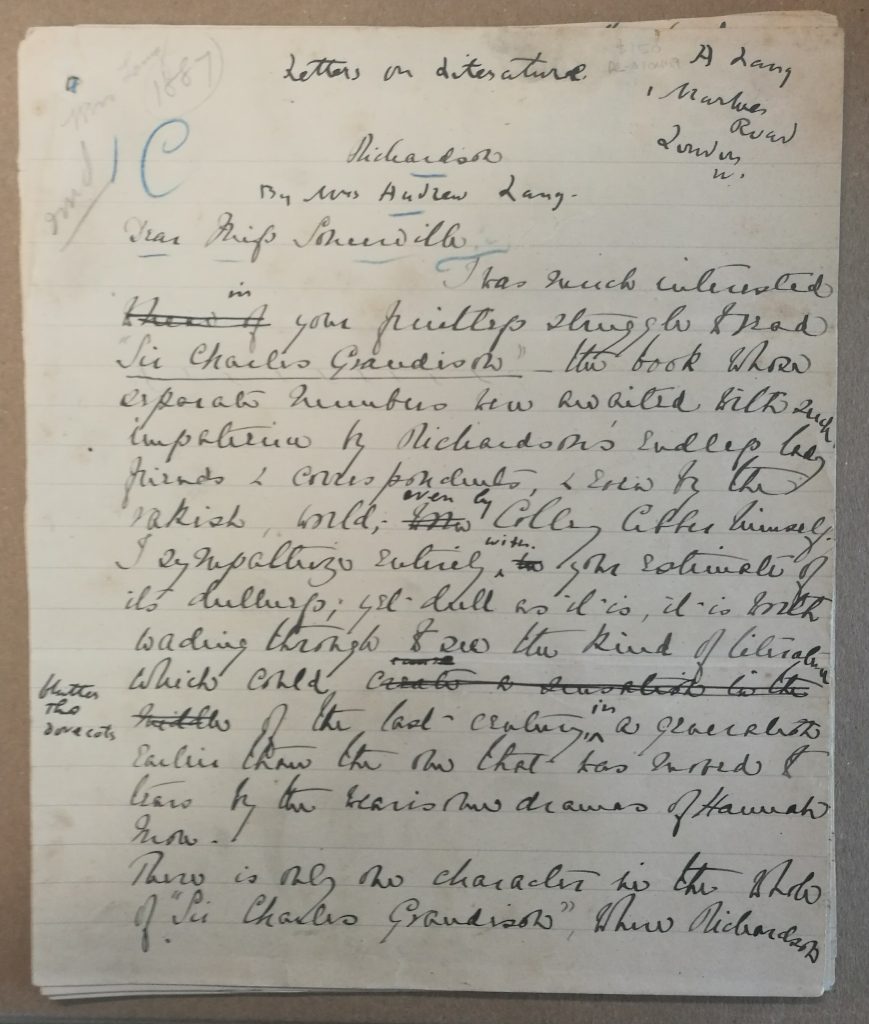 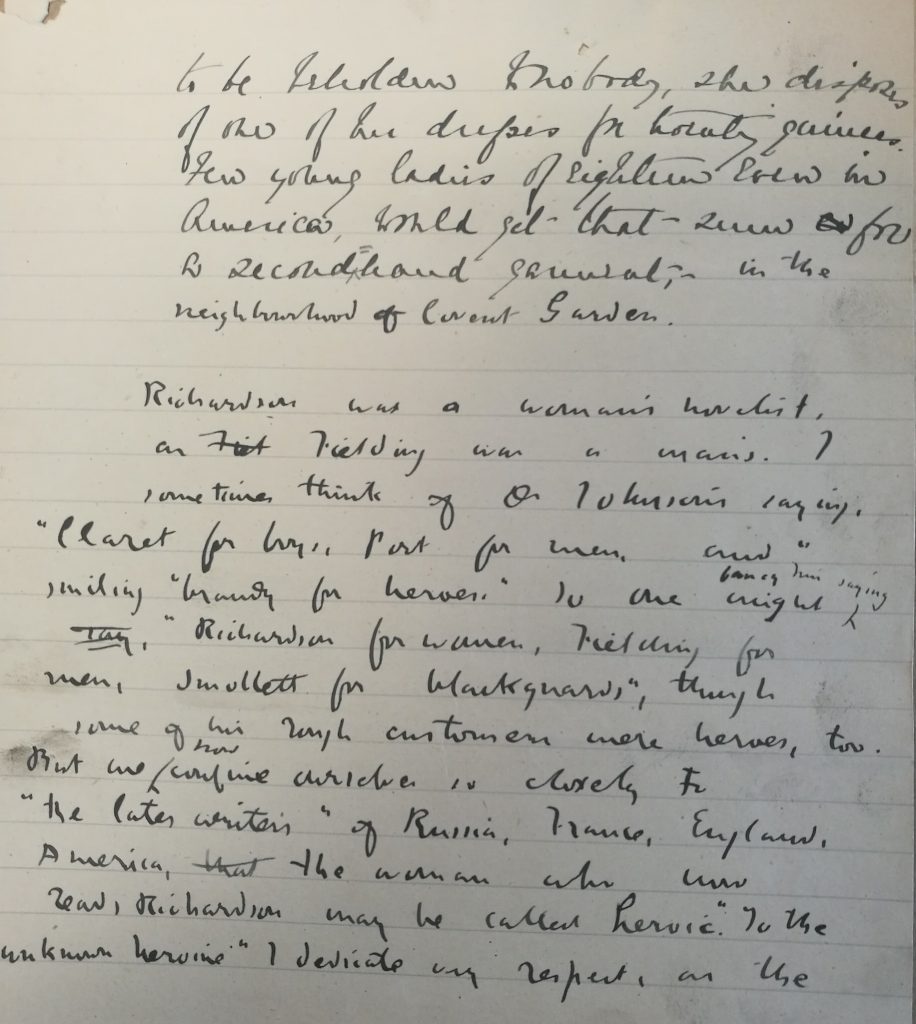 For more on our Andrew Lang collection, see the following entry in our Archives Catalogue: