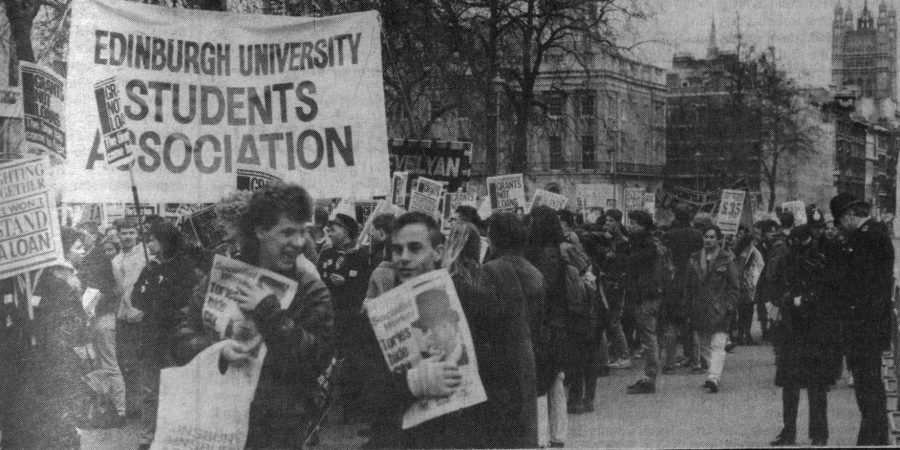 This month’s Student editions contain exciting content, from Days of Action and grant raises, to toilet seat trophies and illegal bovine exploits! Dive in to the February 1987 issues of Student below….

Front page on this week’s Student is the announcement that the then-Secretary of Education Kenneth Baker and Scottish Secretary Malcolm Rifkind had decided to raise student grants by 3.75% from the previous academic year.

The Edinburgh University Debates Committee won the Maiden Speakers Championship at Aberdeen this week, a competition named “The Bogwell” due to the fact that the trophy for the winning team is a wooden toilet seat.

The Students’ Association organised a day of action this week, which they told Student reporters was “our chance to show we think education is important.” Students occupied the New College campus and other University buildings on this day of action.

Edinburgh has filed a bid to host the 1991 World Student Games, a move which then-Labour councillor Mark Lazorwiz claimed had cross party support; however Councillor Donald Gorrie contested this, according to Student reporters, saying the bid was a “megalomaniac act.”

After last week’s Day of Action, this week Student reports that the Students’ Association officials who helped organise the event were heralding it a great success.

According to Student, Edinburgh’s bid to host the 1997 World Student Games ended in failure this week, with Sheffield holding the winning bid.

26 February, 1987: Modernising the Library and Tipping Over Cows

The University announces that it will be computerising the entire book loaning system at the Main Library, to become effective on the 1st of June 1987. University personnel heralded this as a great new scheme to make both students and librarians lives’ easier in the long run, as paper borrowing and recall slips would no longer have to be used to access library books.

Student reports on a rising craze across rural Scottish, English and Welsh campuses, known as beef bouncing. This activity is apparently an American import started by American football players, but has become the main activity of secret campus societies in the UK as well. The activity consists of members trespassing on farmer’s fields at night and trying to knock over sleeping cows, who sleep standing up. 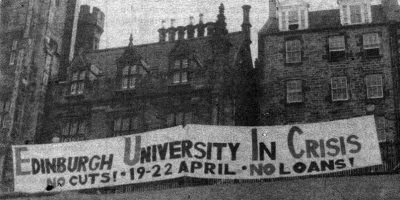 The final issue of Student also comes on the back of Easter Holidays, read all about it here…. 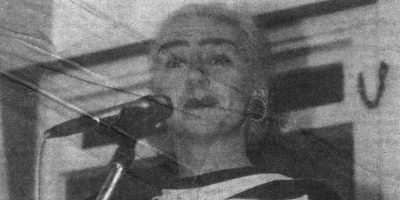 Spring has sprung in Edinburgh, with an exciting election for rector taking place, some great musical acts and much more! Read all about it here…