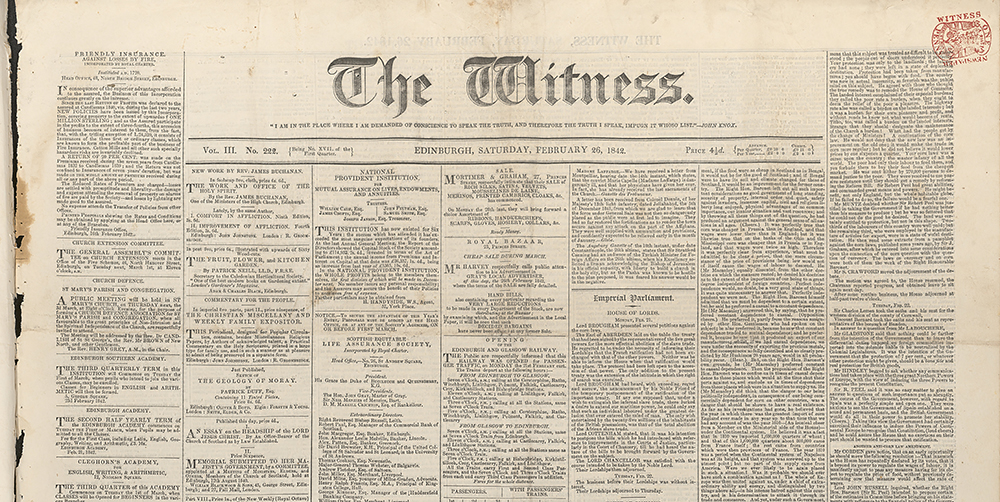 We have started digitising The Witness newspaper!

This twice weekly newspaper was created by the Church of Scotland in 1840 and edited by Hugh Miller (see https://en.wikipedia.org/wiki/Hugh_Miller ), an influential writer, geologist and stone mason. The Church of Scotland wanted a newspaper that reflected a Christian outlook, as well as news and comment from across Scotland. In 1843 The Church of Scotland was faced with 200 ministers walking out citing political interference, an event which came to be known as the Disruption, and led to the Free Church being established. Presbyterianism is founded on the basis that the people make the decisions, not an elite hierarchy, and the only head of the church, is God. This makes The Witness newspaper a fantastic primary source covering a significant event in Scotland’s social and religious history, and as such, a prime candidate for digitisation. 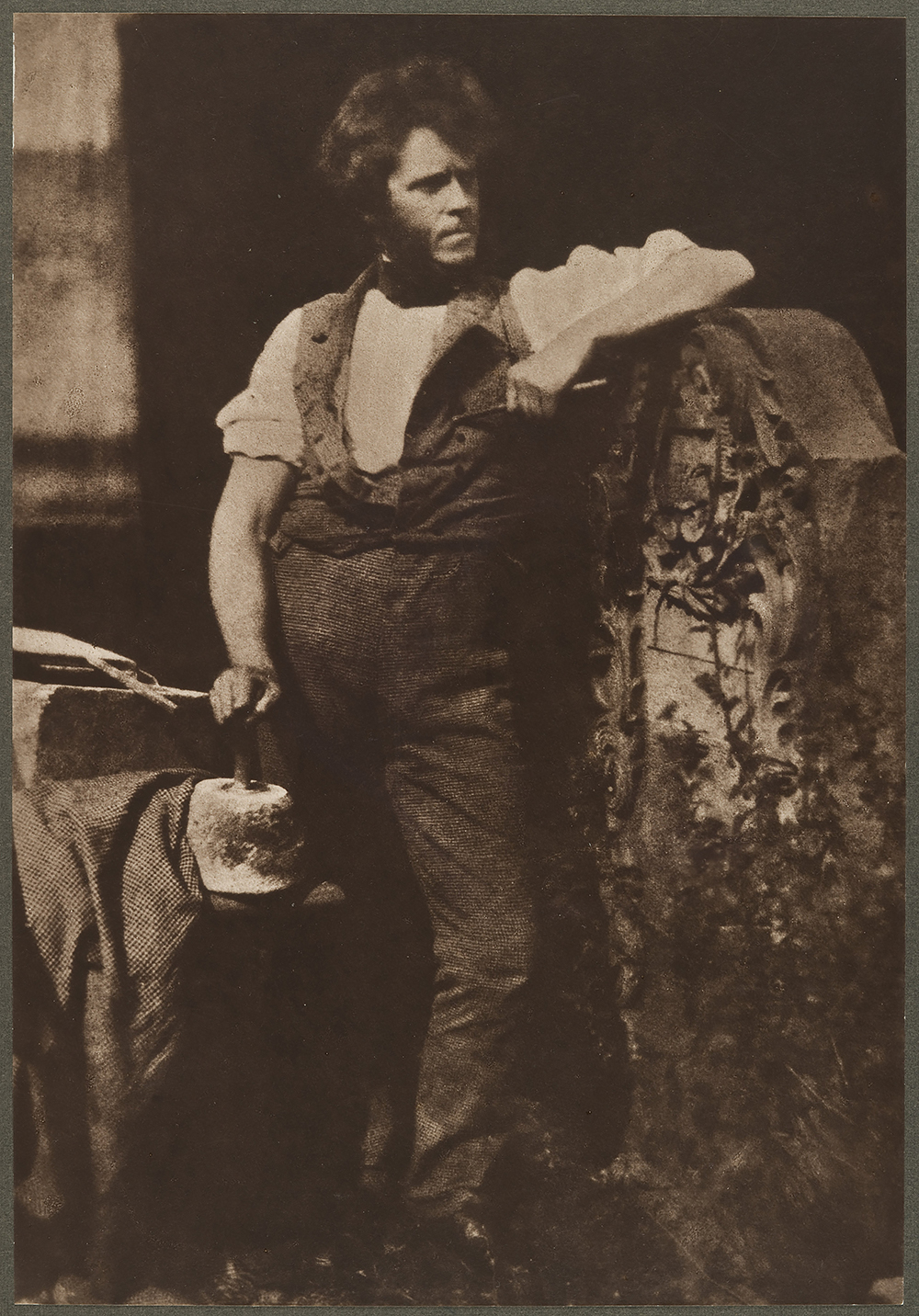 Hugh Miller (b.1802 d.1856) Scottish geologist, writer, stonemason, and founder and editor of The Witness.

With a funding grant from The Church of Scotland to digitise this collection, earlier this year we did a small pilot project to determine how best to tackle this project. The editions are bound into 26 large format volumes that would be difficult to capture in-house at our studios. For this reason, it was decided to contract the digitisation out to a Glasgow based company called Autodocs. Conservator, Katharine Richardson and I visited the company in summer to discuss the equipment, handling, transport, storage details and file management with the Autodocs team. We were able to see the A0 SupraScan in operation (see https://www.i2s.fr/en/heritage-digitization/large-book-scanners-a1-2a0/suprascan-quartz-a1-a1hd ) and discovered that it was possible to get a cradle attachment for the scanner that would better support the fragile spines of these volumes. After reporting this back to the Project Team, it was agreed that this should be purchased, and that in the interim we would digitise the few folders of unbound material as a test.

We had decided that we would do the quality control and processing work within our own CHDS team, this allowed us to not only ensure the images met our standards, but also to use our Goobi software to package the images for DAMS (Digital Asset Management System) upload and Digital Preservation, both of which are integral systems for allowing us to manage and preserve the quality of our images in the long-term. However, this would require new workflow development to link to the ALMA catalogue record and to incorporate the OCR data (Optical Character Recognition, to make the text searchable). Unfortunately, owing to tight timescales, this was not possible for the first batch of unbound material, and we had to use an existing workflow, with some manual tweaks. This allowed us to test other key parts of the process though, such as file-naming and image processing. Autodocs themselves also enabled a specific file transfer protocol (FTP) system to transfer the files back to us quickly which meant that Charlotte Swindell and Gaby Cortés from the CHDS team were able to swiftly process and load the new images into our DAMS, available for you to view here.

We hope to have the new workflow ready for spring 2023 and then it will be full steam ahead for digitisation- so watch this space!