Welcome to One Health

With funding from the Wellcome Trust, the One Health archival project aims to pull together resources relating to human responsibility for animal health in Scotland from 1823 to the present day. Animal health and welfare is a massive and topical subject and the hope is that this project will allow further research and awareness of animal rights in Scotland. This history can be somewhat imposing, but luckily the project is made up of three separate archives. The papers of the Royal (Dick) School of Veterinary Studies (R(D)SVS), the Royal Zoological Society of Scotland (RZSS) and the animal rights charity One Kind.

Let’s break down these different archives since each has its own part to play in understanding the history of human and animal health in Scotland. 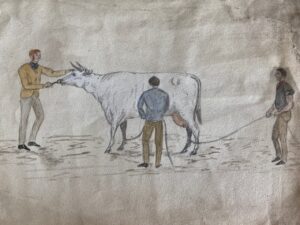 Now known as the R(D)SVS, Scotland’s first veterinary college was founded in 1823 by William Dick, the son of a blacksmith and farrier. The college was initially set up to educate blacksmiths and farriers about treatments when shoeing horses, but the college expanded over time to become the world leading veterinary college it is today. Items held within the archive include papers relating to the running of the college, the lives of its staff and students, a vast array of photographs and glass plates slides, research papers, and a host of fascinating objects. 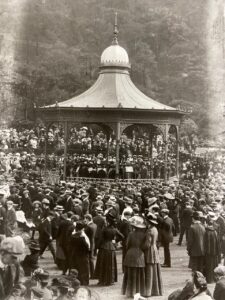 Photograph taken by an unknown veterinarian of the Ross Bandstand in Princes Street Gardens, Edinburgh, c.1905

The RZSS was founded in 1909 by Edinburgh lawyer Thomas Gillespie with the aim to promote awareness and and conservation of rare and endangered animals from across the world. The original charter states the role of the society was;

To promote, facilitate and encourage the study of zoology and kindred subjects and to foster and develop amongst the people with an interest in and knowledge of animal life

Today the RZSS manages both Edinburgh Zoo and the Highland Wildlife Park as well as well as supporting a wide variety of research, conservation, education and public engagement projects both in the UK and around the world. 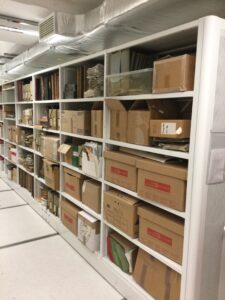 The OneKind archives in store at the CRC

The One Kind animal charity was founded in Edinburgh in 1911 as the Scottish Society for the Prevention of Vivisection. Although the name may have changed over the years (It was known as Advocates for Animals from 1990-2010) the aims of this charity has not. Since the charity’s foundation, they have expanded their aims to encompass far reaching political and social engagement. This is a great resource for those interested in animal welfare, ethics, research and social and political engagement. The material within the archives spans their entire organisational existence and includes correspondence and investigations into the R(D)SVS and the RZSS, which brings these separate collections together.

Phew! There’s quite a lot to get through, so be sure to follow this blog for updates and to hear about the stories which are emerging from these collections.

No comments to show.