Leave a comment
About Lyell, Archives, Digitisation, From the Experts, Notebook Details, Uncategorized Aside 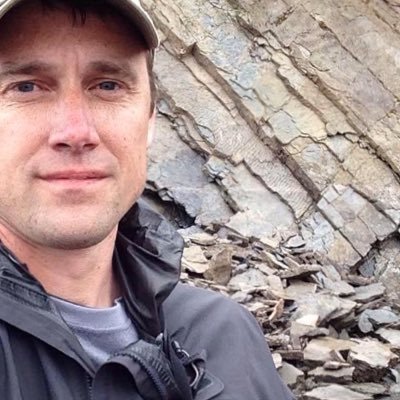 We are delighted to welcome Tim Fedak – a Curator and Palaeontologist based at Nova Scotia Museum – to our blog! Tim has been waiting ever so patiently for access to Charles Lyell’s Notebook number 104, documenting his visit to Nova Scotia in 1842 to view the geology and fossil trees at Joggins, and which ushered in a new era of geology….

Today, Nova Scotia is well known among geologists around the world for its important geology.  The Joggins Fossil Cliffs UNESCO World Heritage Site has a world class interpretive centre and regular tours of the famous fossil forests. The importance of that site, as well as the Cliffs of Fundy UNESCO Global Geopark on the northern shore of the Minas Basin, both find their beginning in 1842. 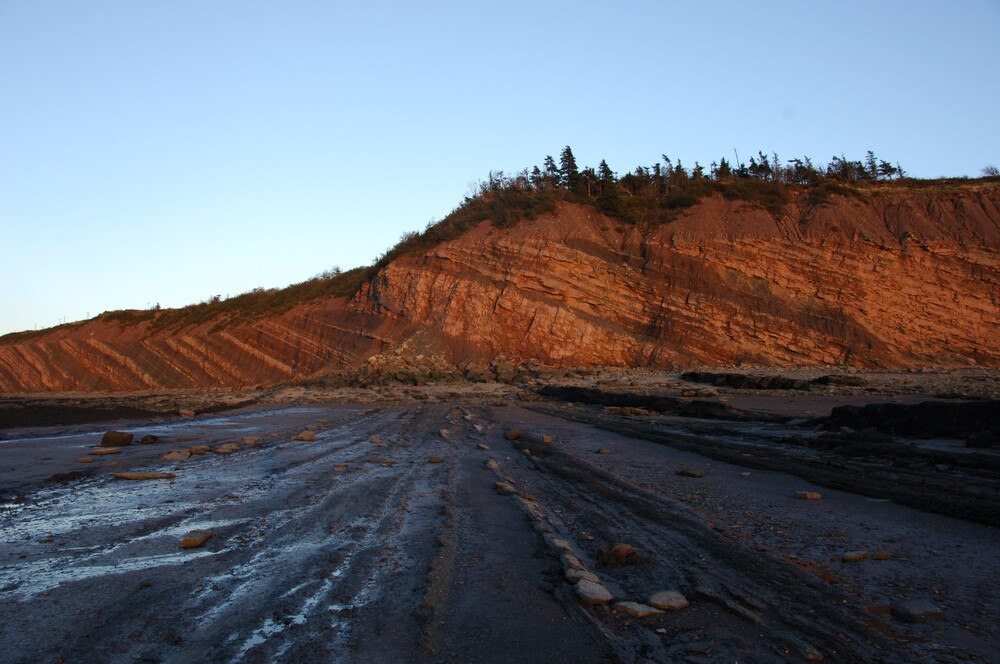 Joggins Fossil Cliffs, a UNESCO World Heritage Site on the shores of the Bay of Fundy, Nova Scotia.

In July and August of 1842, Charles Lyell was visiting Nova Scotia for a month of geology, to engage the local geologists and to examine the fossil forest that everyone, including Darwin would come to hear about.  The interactions he had and the insights he gained from walking along the shores of the Bay of Fundy shaped his observations and convictions about ancient trackways and life in the Coal Age. 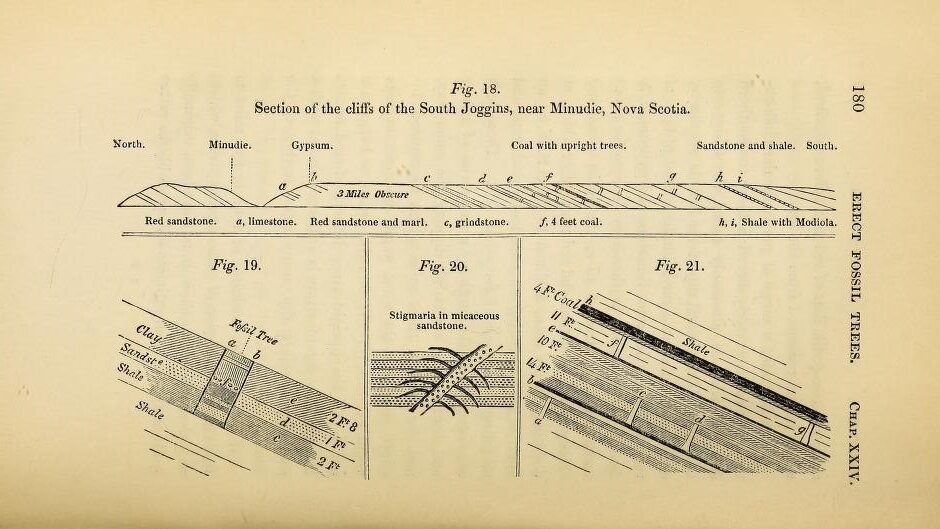 Sir. William Dawson was born and raised in Pictou, Nova Scotia but he had studied at the University of Edinburgh in 1840-41. He was still just a young man passionate about geology and fossils when Lyell visited the province, and they shared insights and views of geology. When Dawson published his iconic Acadian Geology in 1855, he noted in the introduction:

“The year 1842 forms an epoch in the history of geology in Nova Scotia. In that year Sir Charles Lyell visited the province, and carefully examined some of the more difficult features of its geological structure, which had baffled or misled previous inquirers.“  p6.

Dr. Ebenezer Fitch Harding, a community physician in Windsor, Nova Scotia, was another local geologist that Lyell interacted with, accompanying him to the geology sites and mud flats of the Minas Basin, Bay of Fundy in the summer of 1842.

See more on this important period in Nova Scotia geology, including the links between Nova Scotia and Edinburgh, and Harding’s contributions to science in Tim’s article https://www.erudit.org/en/journals/scientia/2021-v43-n1-scientia05889/1078926ar/

Lyell’s trip to Nova Scotia is well described in Volume 2 of his ‘Travels to North America’ published in1845. However, when I first heard that the University of Edinburgh was attempting to purchase Lyell’s 294 Notebooks for archival research, I was immediately thrilled with the thought of what more he might have written during his visit to Nova Scotia. I then celebrated when the project was successful and have been waiting (somewhat) patiently since then.

In early September this year, I learned that Notebook 104 had been scanned and was now available online. I dropped everything and began to carefully make my initial examination of the notes and drawings of the scanned pages.  You can see my short presentation of some of the immediately interesting observations made about Notebook 104 at:

The Joggins cliff sketch on page 48 was immediately of great interest and value. This illustration became the key that unlocked the understanding that the gypsum and limestone layers (now known as the Windsor Group) – were below the coal.

Detail of two preliminary sketches of the Joggins Cliffs in Lyell Notebook 104, p. 48.

The notebook includes many important sketches of the work carried out along the Shubenacadie River, which included contributions from J.W. Dawson, William Duncan, Richard Brown and others.

I am interested in the people of geology and what it was like for them to carry out the work and attain their insights. I was particularly struck by the notes of the bags that Charles and Mary Lyell travelled with, and the supplies that they required. A very personal view into the travelling aspect of field work.

Mary Lyell being on this month-long visit to Nova Scotia is also incredibly interesting. It remains difficult to locate any records that describe her activities when they were apart. However, there are notes in Charles’ notebook, as well as in letters he wrote to Dawson that Mary was actively engaged in discussions of geology and conchology.

I am truly grateful for the opportunity that the University of Edinburgh and the project partners are providing in making these notebooks available for research. Here in Nova Scotia, this is a special way to celebrate 180 years since Charles and Mary Lyell where here exploring the geology and natural history of Nova Scotia.

I’ve mapped the Lyell’s travels in Nova Scotia using the information in Notebook 104, descriptions from Lyell’s Travels in North America, and links through to archived letters on this interactive timeline. Follow the hashtag #NS1842 and find additional information in this Tweet Collection #NS1842

Thanks Tim – it’s great to hear more about Lyell’s impact in Nova Scotia. We love your enthusiasm (and patience!).

“An epoch in history” – Charles Lyell in Nova Scotia 1842