The Library Annexe will be joined for the next 8 weeks by Nik Slavov, who is working for the University as part of the Employ.Ed on Campus summer internship programme, in collaboration with the Careers Service.  Nik is our Hidden Collections Intern, who is tasked with understanding and prioritising print books stored in the Library Annexe, that are not on the Library’s online catalogue.  The eventual goal is to make unique material available for the user community.

Here Nik reflects on his first week at the Library Annexe.

My first week at the Library Annexe now behind me, it would appear it is now time for me to look back and see how that went.

It feels like I haven’t seen anything yet. On the other hand, considering how much I’ve learned about the House of Lords, the native population of Oceania, reclaiming land for ironsand processing, Australasian literature in the 70’s, Antarctica, dairy farming, soil erosion and pollution (it is actually quite scary), New Zealand’s defence program and a number of other topics that I had never thought to occupy my brain with, all of that being just a side effect of organising a few shelves at Annexe 1…

Well, considering all that, I still haven’t even scratched the surface of what’s there. If my math’s any good, I’ve seen less than 0.05 % of what is held in that room only. At this point, Pratchett’s theory of L-space seems very plausible (http://en.wikipedia.org/wiki/L-Space#L-space). The sheer mass of books distorts the space-time continuum, which is why the Library Annexe is way bigger on the inside.

The team is lovely. In all fairness, given the randomness and rareness of my encounters with other human beings within the Annexe, and the alleged hallucinogenic effect of the fungus that develops in old books, I am not entirely certain they actually exist, but in case I didn’t make you guys up – it’s lovely working with you. Or at least, you know, in the same building, or the one next door. Having lunch together. Occasionally. And sometimes overhearing conversations on the radio…

At least it clearly says in the office that this is a Vashta Nerada free workspace, which is a relief. And apparently there have been no Velociraptor-related work accidents in a bit less than a year (is that really good? I should look into that. There ought to be a book with statistics on the topic in the Annexe somewhere. I can’t find one on the catalogue, but I couldn’t find the New Zealand Agriculture and Fisheries Department report from 1968 on the catalogue either, yet I am certain I had it in my hands yesterday.

Unless, you know… fungus.*

(*For pedantry’s sake, I’d like to point out that there is no active mould in any of the Library Annexe Collections! -ed.)

Search for Vashta Nerada and other resources using Searcher 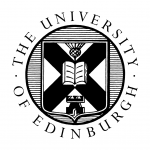